"The art of living easily as to money is to pitch your scale of living one degree below your means." - Sir Henry Taylor 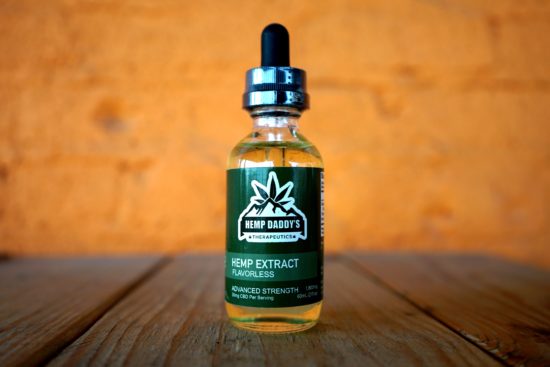 The opioid epidemic has cost the United States economy more than $1 trillion since 2001. It is projected to cost the U.S. more than $500 million over the next three years, should the current numbers continue to trend upward. This has sent researchers scrambling for a way to help treat individuals with heroin and opioid addiction. A recent study found CBD oil may be an answer.

Cannabidiol, also known as CBD oil, is the non-psychoactive ingredient in marijuana, not to be confused with THC. THC is the ingredient in hemp that would make you feel “high.” CBD, on the other hand, has no psychoactive effects and, more recently, researchers have found it can help treat other medical conditions as well.

CBD oil has been shown to have a beneficial impact on anxiety, depression, acne, pain relief, and even heart disease. More recently, it has been found to help treat patients with heroin addiction. It has been shown to help reduce cravings in addicts and relieve their anxiety when coming down as well.

“The intense craving is what drives the drug use,” Yasmin Hurd, the lead researcher on the study said. “If we can have the medications that can dampen that [craving], that can greatly reduce the chance of relapse and overdose risk.”

Currently, medications used to treat opioid addition like methadone and buprenorphine curb cravings. However, only one-third of patients in the U.S. receive these medications as treatment. Additionally, only one in five individuals in need of treatment are receiving any kind of therapy to help them with their addiction.

These two medications are approved by the U.S. Food and Drug Administration, but there are still obstacles in getting them distributed to those in need. Not to mention methadone and buprenorphine are still opioids that require close treatment and regular visits to the doctor. So, you’re really just trading in one burden for another.

For the most recent study, Hurd and her colleagues took a look at 42 individuals with a recent history of heroin use. All of them were recruited from halfway houses and social service groups. None of the people involved in the study were using methadone or buprenorphine.

The study’s participants had used heroin for an average of 13 years. Most of them had been clean for less than one month when beginning the study. During the entire study, they had to refrain from heroin use completely.

All of the study’s participants were divided into three groups. One group was given 800 mg of CBD. The second group was given 400 mg and the third group was given a placebo. Each individual was given one dose a day for three consecutive days. Then they were followed for two weeks. Over the span of two weeks, each participant was shown videos of nature as well as drug-related images. After they saw the videos, they were asked to rate their craving for heroin.

Researchers found that a week after the last administration of CBD had two or three times reduced cravings, compared to the placebo group. Heart rate and cortisol (the stress hormone) levels were both reduced in individuals given CBD oil as well.

In the study, researchers used Epidiolex. Epidiolex is the first FDA-approved cannabis-based medicine. With many of the products on the market right now, the exact concentration of CBD is unknown, and some may have additives. However, Epidiolex is regulated and the exact concentration is known. This was key to the study’s findings. There were very few bad reactions. Some individuals experienced mild diarrhea, headache, and fatigue.

Hurd has run a pilot study prior to this two-week experiment. Her next step is to perform a longer-term study. She hopes to follow participants for up to six months with CBD oil treatment.

“This is an extremely significant paper. We need to utilize every possible treatment in helping people with chronic pain to find other ways to manage their symptoms and in people with opiate addiction to find relief,” said Dr. Julie Holland, a psychiatrist in New York. “CBD not only manages the anxiety and cue/craving cycle, it also diminishes the original pain and inflammation that leads to opiate use in the first place.”

While many questions still need to be answered, Hurd and her colleagues believe this is a good start to really looking at CBD oil as a treatment for heroin addiction. “Ultimately, “this can really help save lives,” she said.

Readers, what do you think about the latest findings?