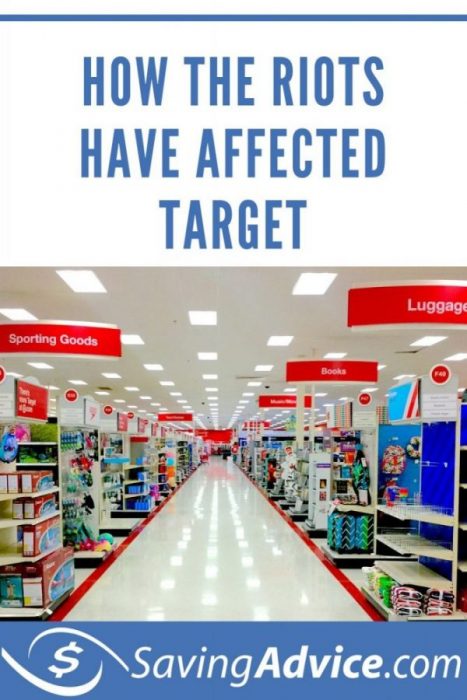 Target has temporarily closed 175 of its 1,871 stores throughout the United States amid protests. The retailer, who has seemingly been targeted during looting in some cities, stated its main focus will be on the safety of its employees and the peace of the community. Here is how the riots have affected Target and what the company is doing moving forward.

How the Riots Have Affected Target

As mentioned above, Target stores seem to have been targeted during looting. In Minneapolis, where Target was founded in 1962, protestors were shown destroying registers, taking merchandise, and wrecking stores. As protests have spread across the nation, Target stores have taken heavy damage.

This has led to the company closing 71 stores in Minnesota, 49 in California, 12 in New York, and dozens of other store locations throughout the country. And they aren’t the only ones closing either.

CVS Pharmacy has announced it would be closing several of its stores across the country as well. They have not yet announced how many pharmacies would be closed, or where. However, they will have information ready to send people in need to the nearest open pharmacy. CVS has not yet made any statements about how it will care for its employees or community at this time.

Target Stands With the People

“We are a community in pain,” Target CEO Brian Cornell wrote in a statement. “That pain is not unique to the Twin Cities — it extends across America. The murder of George Floyd has unleashed the pent-up pain of years, as have the killings of Ahmaud Arbery and Breonna Taylor.”

The company has begun to send first aid supplies to areas of the country where rioting is the heaviest. Additionally, Target employees will be given up to 14 days paid time off. According to Target officials, this will be paid at the COVID-19 premium pay rate.

“As a Target team, we’ve huddled, we’ve consoled, we’ve witnessed horrific scenes similar to what’s playing out now and wept that not enough is changing,” Cornell continued in the statement. “And as a team we’ve vowed to face pain with purpose.”

Target’s CEO also mentioned that any stores that are heavily damaged or at-risk will be rebuilt. “It’s hard to see now, but the day will come for healing—and our team will join our hearts, hands, and resources in that journey,” he said.