When it comes to driving, the one expense that we’re constantly reminded of is the cost of gas. Each week when it’s time to fill up the tank, we get a reminder of how much we spend making sure that our car can run. There are a number of steps that anyone can take to make sure that their vehicle runs as efficiently as possible to get the most out of the gas that is purchased. By following and adopting the gas saving tips below, you should be able to get more mileage out of every gallon of gas that you purchase. 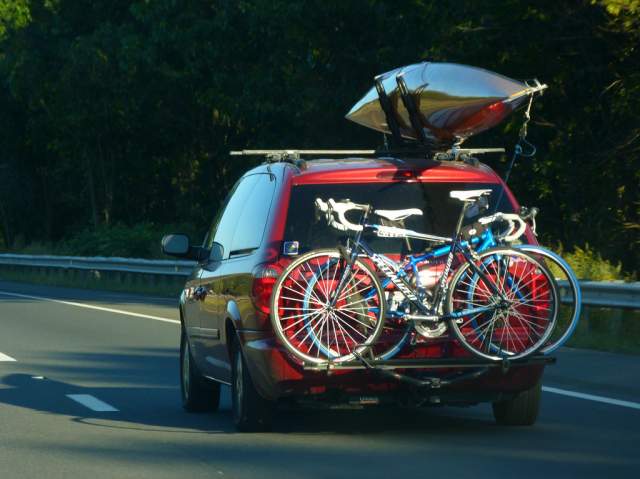 Car racks serve a useful purpose of being able to carry things on top of your car, but many people leave on the car rack out of laziness and always have it on their car. The problem is that it creates air resistance even when not being used if left on lowing the gas mileage of the car. When you aren’t using the car rack, take it off to save money on gas. 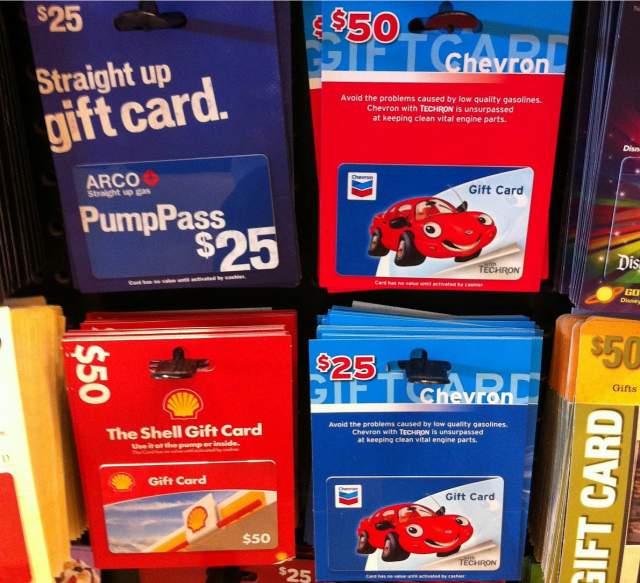 If you buy your gas regularly from a specific gas station, look online to see if there are discounted gift cards for sale. Gas station gift cards often sell for 5% - 10% off their face value meaning that purchasing them will instantly save you this amount when you fill up your gas tank. That's $5 - $10 in free gas for every $100 you purchase. Many people sell gas gift cards that they no longer want or need on sites like eBay and Craigslist. 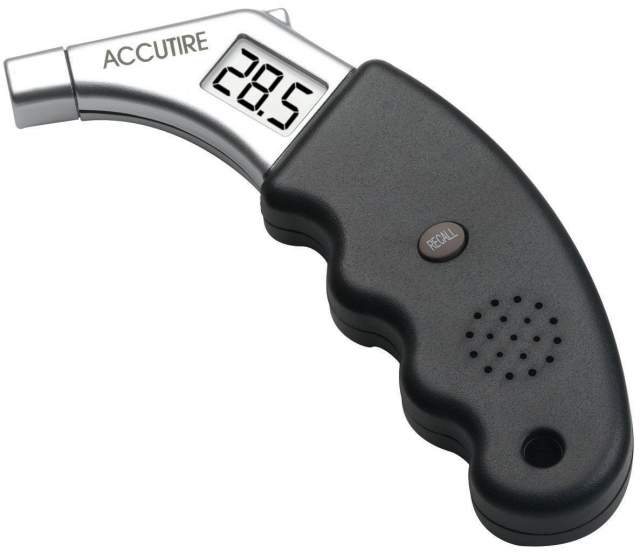 This is one of those tips that you have probably heard a million times, but it's also one that many people fail to do even though they know they should. Part of the problem is that there aren't many full service gas stations (and the ones that do exist cost an arm and a leg for the gas) where these checks used to be done. That means that you need to come up with a system to check yourself. My personal system is keeping an tire air pressure gauge where the fuel cap is so that every time I fill up, it's right there if I haven't recently checked the tire pressure. 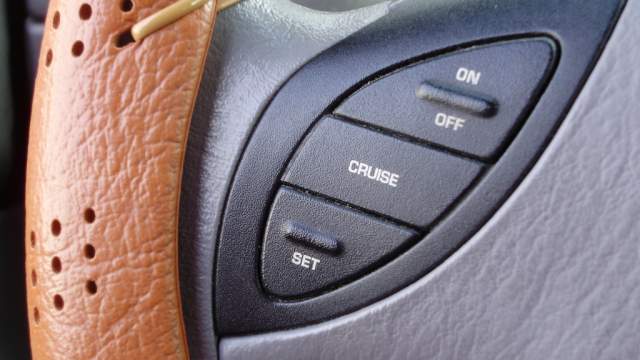 While there can be exceptions, most of the time using cruise control instead of your foot on the gas pedal on the highway will save you gas. Keeping your car at a steady pace rather than the constant small amounts of acceleration and deceleration that comes when manually pushing down on the gas pedal saves gas and money over the long run. This is especially true if you set the cruise control at the speed limit. 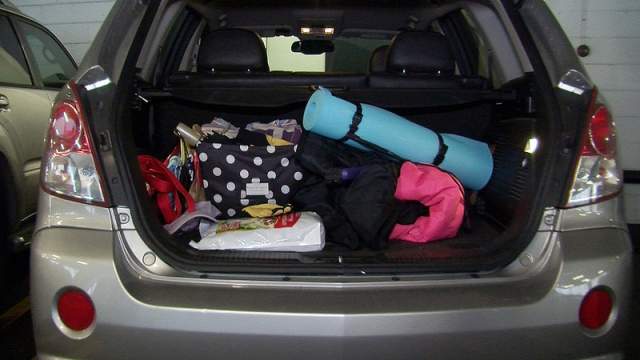 If you use your trunk as a storage area, taking a few minutes to clean out the stuff that doesn't need to be there can save you some money on gas. Extra stuff in your trunk adds weight to the car, and added weight means more gas is used to run the car. According to the EPA, 100 pounds of extra weight can reduce reduce the mileage you get by up to 2%. This is especially true for smaller cars since the reduced mileage depends on the percentage of extra weight in relation to how much the car weighs. While you want to make sure that you have the appropriate emergency items for your car, anything that doesn't belong there should be taken out. 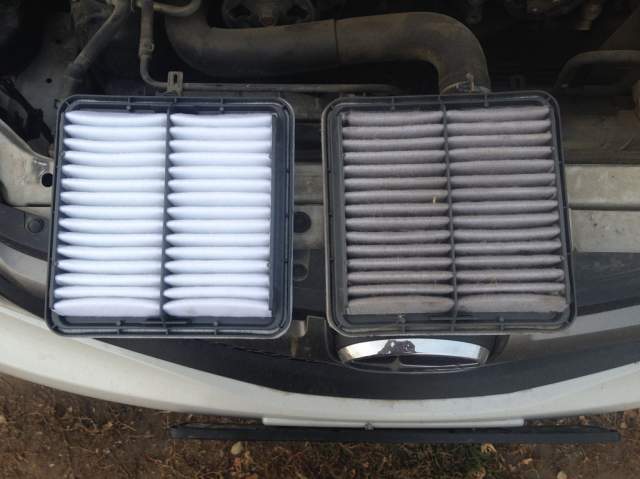 The car's air filter is something that often gets forgotten about, but a clean air filter make the engine run as much as 10% more efficiently than a dirty one. Make it a habit to check the air filter each time you change the oil in your car to make sure that it doesn't need to be replaced, and replace it when it has become dirty.

Not only is a broken or missing gas cap an inconvenience, it can also cost you money. When a gas cap isn't working properly, gas fumes escape from the tank which can waste 1% of all the gas you pump into it. While this may not seem like a lot, over time it can really add up. To compound the money loss, the fumes getting into the air cause pollution and are bad for the environment.

Clean Out The Trunk 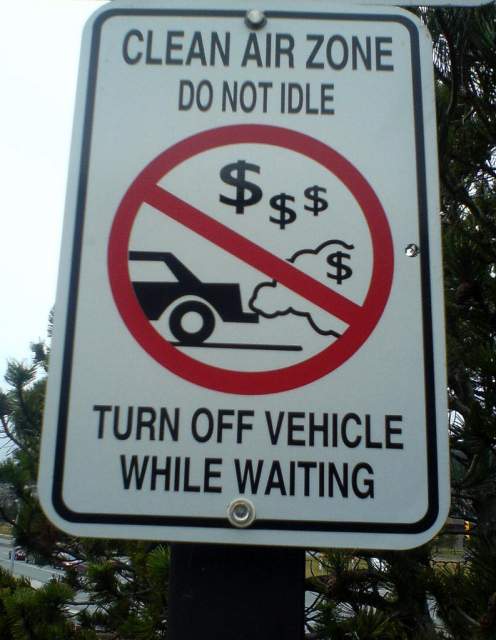 There are some misconceptions on idling, especially with older drivers. This is because in older cars weren't as efficient, but today's cars do not use much as to start -- only a few seconds worth of gas to do so. That means that you will save money turning off your car rather than idling even a few minutes (in fact you can get fined as much as $2000 for idling more than 3 minutes in some no idling zones). While the actual amount of gas being wasted depends on your car's engine size and AC use, you will usually save a couple of cents a minute turning off your engine according to the EPA. While that might not seem like much, over time it can add up to quite a bit. If you are going to be stopped for more than a couple of minutes, turn off the car engine and save yourself some money. 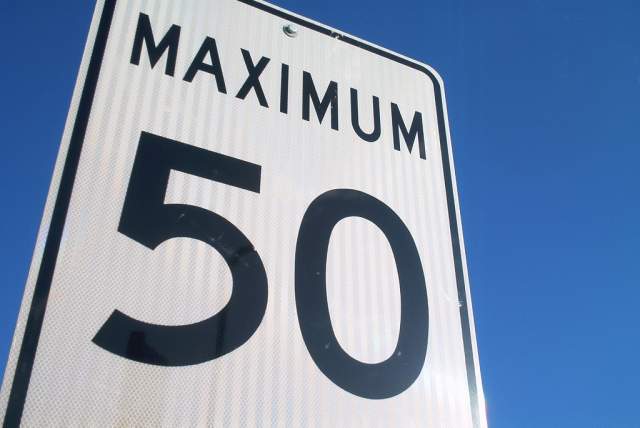 Every car will have a different optimal speed to get the best gas mileage, but the general rule according to the EPA is that fuel economy rapidly decreases at speeds greater than 50 mph. A rule of thumb that you can use is that for every 5 mph you drive above 50 mph is like paying an extra quarter per gallon of gas. For example, if you drive 70 mph, you will pay an extra dollar per gallon compared to someone who drives 50 mph on the same road.

You could contribute to this article if you were logged in.