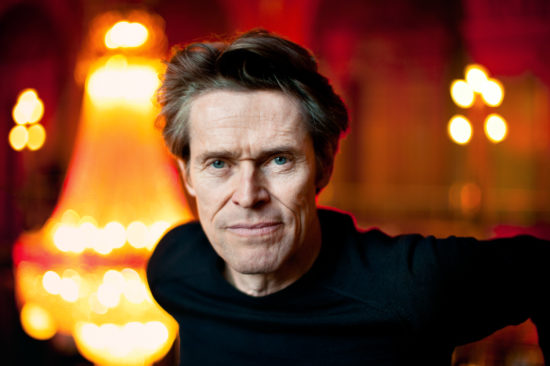 Willem Dafoe usually plays the craziest role in the movies he stars in, but this year his very serious character in The Florida Project got him nominated for the Oscar for Best Supporting Actor. This is by no means his first nomination nor his only role this year — but what is Willem Dafoe’s net worth?

The Richest estimates Willem Dafoe’s net worth to be $24 million.

Although he’s obviously famous, many of the parts he plays are actually considered to be supporting roles. Because of this, his income isn’t as high as other actors. His annual earnings are estimated at just $3 million.

However, he did have a prominent role in Murder on the Orient Express, which received an ensemble nomination from the Screen Actors Guild. The film, which premiered in November 2017, grossed $102.8 million in the U.S. and more than $350 million worldwide.

Meanwhile, some of his other recent films earned Dafoe six-figure paydays apiece:

Many of his previous films have received a number of awards. One of his better-known roles, that of Sergeant Elias, was in a film that got nominated for 18 awards: the 1986 classic, Platoon, which grossed over $138.5 million in the U.S. alone.

It is estimated that Dafoe has made nearly $8 million throughout his career through endorsement deals, including agreements with Mercedes Benz and Jim Beam.

He also endorses the Wooster Group, a theater organization he founded with his former partner Elizabeth LeCompte. Founded in 1975, it’s a New York-based company of artists who tour nationally and internationally. He has been extremely involved in every piece of the group’s work.

As for how much of Dafoe’s net worth is his primary dwelling, it’s a house in New York worth just $850,000; the place is 1,949 square feet with two bedrooms and two-and-a-half baths. This may seem modest for a movie star, but Dafoe spends half of his time in Italy with his wife, Giada Colagrande, so a home in the U.S. isn’t all that necessary.

Outside of the assets he owns and the money he’s made through films and endorsements, Dafoe hasn’t diversified his earnings much. In between making movies, he spends his money on vacations and travel between Italy, New York, and Los Angeles.

Do you think Willem Dafoe will win this year’s Oscar for Best Supporting Actor? Which other actors and actresses are you rooting for in this year’s awards?