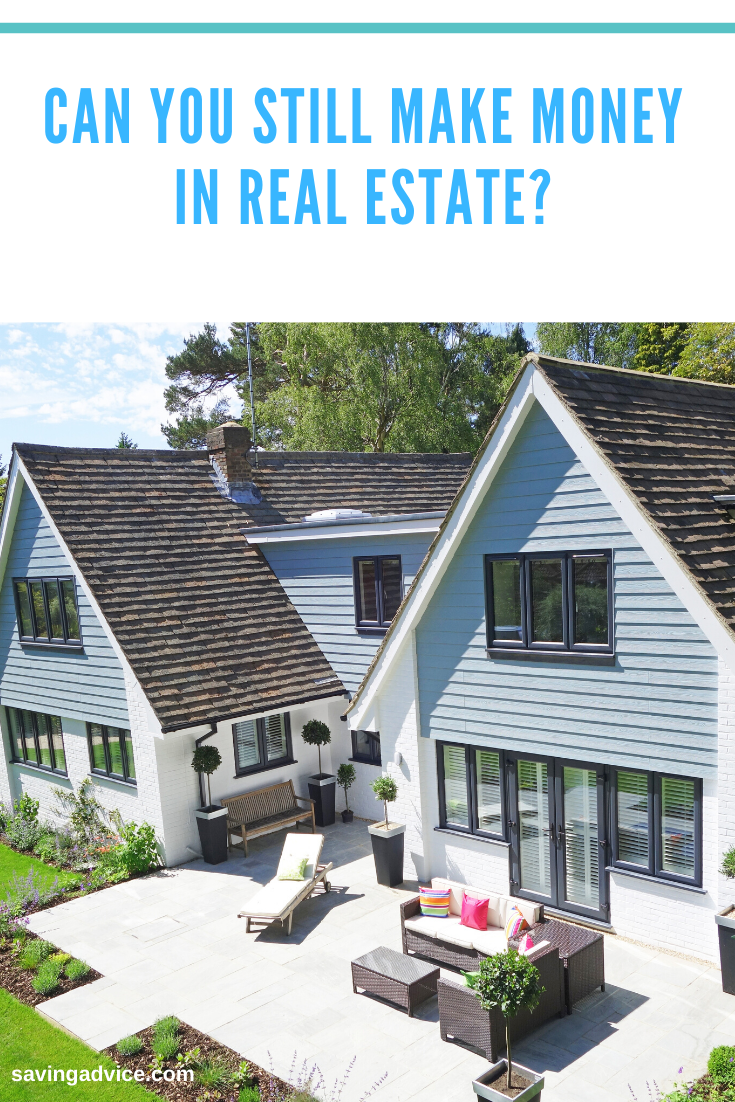 Most adults today were told, at some point in their youth, that real estate was always a good investment. However, after the crash in 2008, people quickly learned that making money in real estate isn’t a guarantee. But, it also created a new opportunity, and many house flippers began raking in cash. As the markets recovered, which forms of real estate investment were lucrative shifted again. This makes for a confusing situation, leaving many wondering, can you still make money in real estate?

Can You Still Make Money in Real Estate?

If you’re trying to figure out if real estate can still be a sound way to make money, the answer to the question is yes. It is possible to earn quite a bit through various forms of real estate investing, including in today’s market.

For example, house flipping can still be lucrative. As long as the market supports an improved property and the numbers are in your favor, it can work. That’s why it is important to do your research into where the best real estate markets are.

Similarly, securing a property and using it as a rental can be a solid source of income. As long as the rent is competitive for the area and it allows you to come out ahead after dealing with related costs, you could end up in the green.

If actually buying property doesn’t appeal to you, there are potential alternatives. For instance, real estate investment trusts (REITs) have become an increasingly popular way to get involved in real estate without having to buy property yourself. Also you might want to consider a real estate crowdfunding option such as Roofstock.

Is Real Estate a Safe Place for Your Money?

It’s important to understand that real estate isn’t a foolproof way to earn money. If anything, the 2008 financial crisis was a great example of how even a bastion of investing can topple.

Whether it’s through purchasing actual properties or investing in REITs, mortgage-backed securities, or anything else, it’s critical to understand that nothing is guaranteed. Additionally, the housing market has been cooling in many cities. While that doesn’t mean there won’t be any growth, overall, it may be significantly slower than in previous years.

As with all forms of investing, whether short- or long-term, doing your research is a must. While no investment is ever completely safe, some may be less risky than others. You’ll need to explore the options that are available and see if any of them align with your risk tolerance. Just keep in mind that growth or profits are never a sure thing, but that doesn’t mean there isn’t money to be made in real estate.

Do you think there is still money to be made in real estate? Why or why not? Share your thoughts in the comments below or you can check GroundFloor, a wealthtech company that let’s you make money in real estate. If you follow the stock market, it seems like McDonald’s, the fast food giant, has been in a prolonged effort to turn its profits around. However, the company made some shocking announcements on Tuesday that have many questioning the company’s approach.

On Tuesday, McDonald’s announced that it would be increasing spending to buy back shares. This will cause the company to accrue a “meaningful” amount of debt, but it will allow it to send more cash to shareholders. MDs CEO Steve Easterbrook also said that the company would not be putting any of its real estate into a Real Estate Investment Trust (REIT), even though many investors called for it to do just that.

When company officials were asked why they decided not to put any of their assets into an REIT, the company’s Chief Administrative Officer Pete Benson said, “We have concluded that any potential value creation from a REIT is outweighed by the significant financial and operational risks to our business and the continued progress of our turnaround, and we do not believe that pursuing a REIT would be in the best interest of McDonald’s at this time.”

Easterbrook said McDonald’s decided not to put its real estate into an REIT after determining “the potential upside is not compelling.”

The third quarter this year was the first good quarter McDonald’s has seen in nine sessions. While the company did see an increase in the previous session, many of its investors believe that the company should have made the decision to put its real estate in an REIT.

“We’ve begun to feel traction take hold in the business,” Easterbrook said. “And while we’re realizing the benefits of our actions in recent weeks, it takes time for the actions underpinning this shift to take root.”

Plans to increase the company’s dividend by 5 percent in the fourth quarter this year was a welcome announcement to the investors, however, borrowing more money was not. Standard & Poor lowered McDonald’s rating one notch from BBB+ to A-.

In addition to plans to increase McDonald’s dividend, the company also announced that they plan to increase the number of restaurants they plan to sell to franchisees. In May, the company said it planned to sell 3,500, but it announced that McDonald’s now plans to sell 4,000 restaurants to franchisees by 2018. The company, which is currently 81-percent franchise-owned aims to be 95-percent franchise-owned.

The company has already begun to make changes like offering breakfast all day. Analysts are still waiting to see any great revenue from the change, but Easterbrook is more than optimistic that the company’s change in menu will provide a significant increase.

Board members said that these actions are an attempt to end its slump. Although McDonald’s saw an increase last quarter, it wants to continue to trend upward, and although they did not take the advice of their investors by putting real estate into an REIT, the company believes it will see an increase soon.