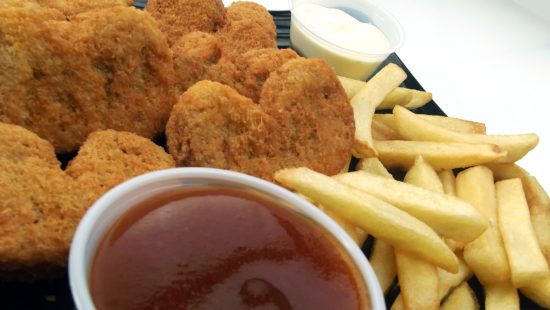 A new study found processed foods may actually have a more profound impact on weight gain than initially thought. Ultra-processed items led to weight gain within just two weeks. Because these foods are typically cheaper, individuals who are unable to buy organic, more expenses foods may have the highest risk of obesity due to the foods they can afford.

Processed foods include things like soda, packaged snacks, meat nuggets, many frozen meals, and other foods high in additives.

Previous studies have linked processed foods to obesity, intestinal inflammation, cancer, autoimmune diseases, and possibly even death. Despite these findings, processed foods still make up 57.9 percent of the food intake in the United States.

“Previous studies have found correlations between ultra-processed food consumption and obesity,” Kevin D. Hall, from the National Institute of Diabetes and Digestive and Kidney Diseases, said.

Hall and his colleagues led the most recent study to compare unprocessed and processed foods. The study was published in the journal Cell Metabolism.

To conduct the study, the research team took a look at 10 men and 10 women. All study participants stayed at the clinical center for 28 days. Half of the individuals involved in the study were given ultra-processed food for the first two weeks of their stay. The rest of the participants received unprocessed foods during the two-week timeframe. After two weeks, the groups switched.

All of the participants ate three meals each day. Researchers instructed them to eat as little or as much as they’d like. Snacks and bottled water was available to them throughout the day as well.

What they found was that individuals on the ultra-processed food diet ate around 508 calories more every day than when they were eating unprocessed food. Because of this, each of them put on about 2 pounds, most of which was body fat. Those on the unprocessed food diet lost 2 pounds during the two-week timeframe. They also saw an increase in gut hormone peptide YY. This hormone typically decreases hunger.

Why Are Processed Foods Bad?

The weight gain seen in the study participants may come from several factors, according to Hall. Individuals in the processed food group ate much faster, consuming an additional 17 calories per minute than their unprocessed counterpart.

“Ultra-processed foods contribute to more than half the calories consumed in the USA, and they are cheap and convenient options,” Hall stated.

Because it accounts for such a high amount of the U.S. population’s food intake, Hall is pointing to socioeconomic changes as an answer.

He concluded the study’s paper by saying, “However, policies that discourage consumption of ultra-processed foods should be sensitive to the time, skill, expense, and effort required to prepare meals from minimally processed foods — resources that are often in short supply for those who are not members of the upper socioeconomic classes.”

What do you think about the latest findings about processed foods?