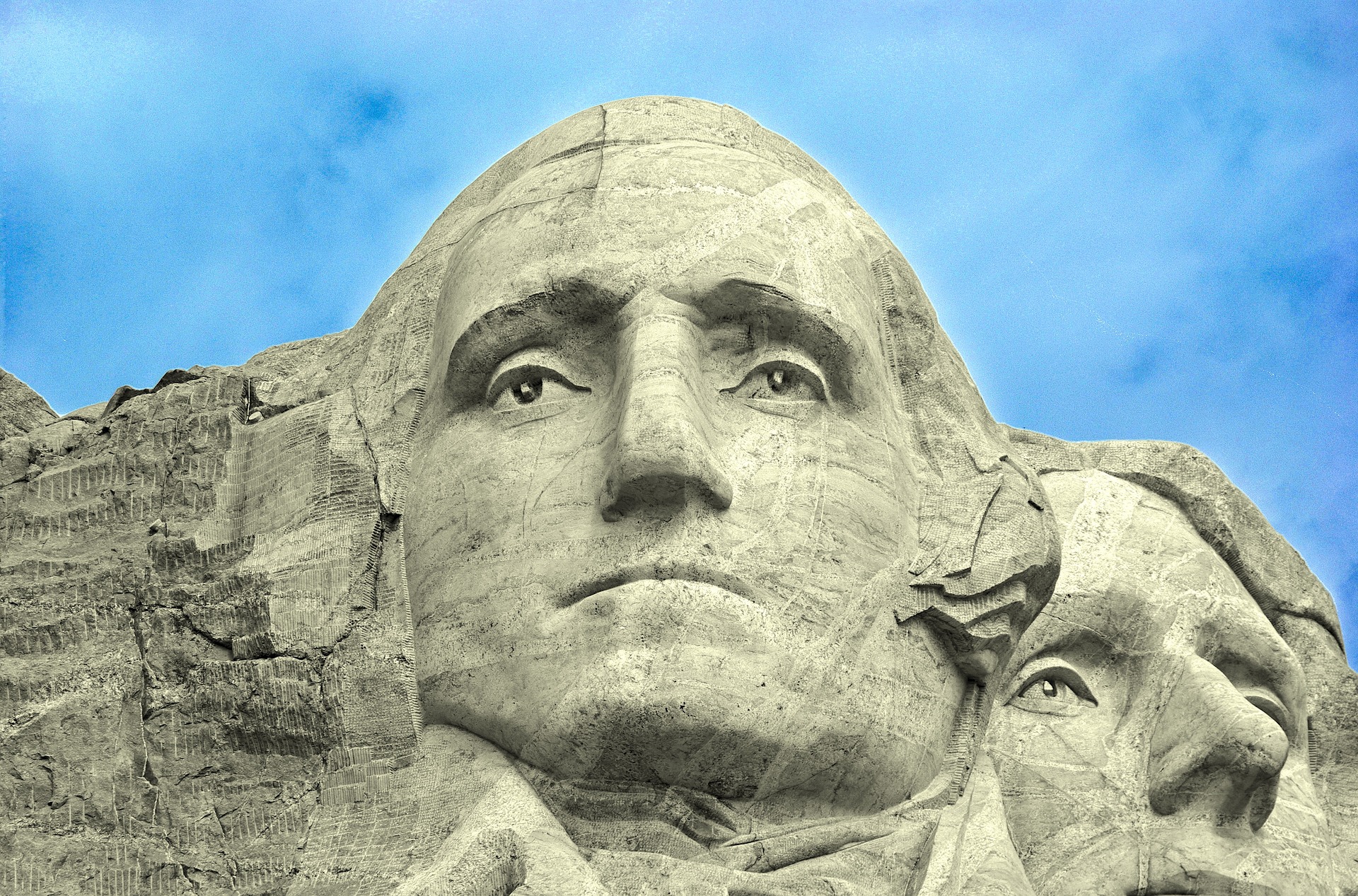 Figuring out what stores are open on federal holidays can be challenging. There isn’t a single major retailer that follows the federal holiday schedule exactly, so you can’t use that as a gauge. Plus, major retailers and small businesses all handle things a little bit differently as well – just because one is open does not mean another is also welcoming shoppers. Since Costco is more of a destination than a typical store, with many people traveling outside of their home area to shop, knowing if Costco is open before you head out the door is critical. With that in mind, here’s what you need to know about Costco’s Presidents Day schedule.

Is Costco Open on Presidents Day?

Yes, Costco is open on Presidents Day. While Costco closes on more federal holidays than most retailers, but Presidents Day isn’t one the retailer chooses to observe by closing.

In fact, the popular wholesale warehouses don’t even close early or open late on Presidents Day. Instead, Costco stores will operate in accordance with their regular schedule on Monday, February 15, 2020.

When Does Costco Close for Holidays in 2020?

When it comes to holiday schedules, Costco’s is pretty unique. The retailer doesn’t follow along with the federal holiday guidelines exactly but also doesn’t follow cues from other stores. Instead, Costco makes its own decisions, trying to do what is best for their employees while also being convenient for customers.

Here is a look at Costco’s 2020 holiday schedule:

There are also a couple of days where Costco closes early, usually on the day before a major holiday. Here is a list of the Costco early closure days for 2020:

On those two days, most Costco locations will close at 6:00 pm instead of their usual closing time. If you need last minute items on those days before the holiday, then it is important to place accordingly.

Is Costco Open on Some Holidays?

If you are frequent shopper at Costco, we recommend applying for the credit card that is designed exclusively for Costco members. It has great cash back offer, earning as much as 4% cash back on gas! Plus there is no annual fee and you get a reward certificate every year that you can redeem for cash or purchases at Costco! Learn more about how the Costco Anywhere Visa® Card by Citi can work for you.

What are the Costco Warehouse Store Hours?

If you want to shop close to the opening or closing time, then it is wise to check with your local store to confirm their hours. That way, you do not make a trip only to discover that your Costco is closed.

Additionally, it’s important to note that certain Costco stores may be open later near the winter holidays, making it easier for shoppers to get what they need during the gift-giving season.

Finally, certain events can lead to expected closures. For instance, severe weather, renovations, remodels, or loss of power or water services may prompt a store to close even if it would usually be open.

What are the Costco Business Center Hours?

There is one exception to the hours above. The Salt Lake City location follows this schedule instead:

Does Costco Have a Presidents Day Sale?

No, Costco does not have a Presidents Day sale in the warehouse stores. But the retailer does have monthly deals that can help shoppers save on items throughout the store. They just don’t align those discounts with the holiday.

Do you plan on heading to Costco this President’s Day? Share your plans in the comments below. 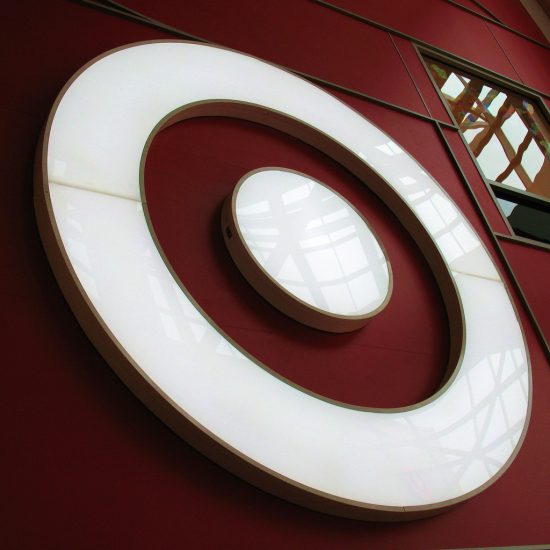 Monday, February 18, 2019, is Presidents Day in the United States. It is the third federal holiday of the year, so government employees and many other workers may have the day off. Since the government closes most of their offices for the holiday, it makes sense that some stores may do the same. However, others want to take advantage of the extra shoppers, so they choose to open. As a result, figuring out whether your favorite retailer will open its doors is a bit difficult. If you were planning on heading to Target on Monday, February 18, here’s what you need to know.

Is Target Open on Presidents Day?

Yes, Target is open on Monday, February 18, 2019. Since they are a major retailer, they find value in keeping their doors open on most federal holidays and even recognize some of them with big sales.

In fact, you’ll find that Target stores are open a whopping 363 days a year (364 days when it’s a leap year). The chain only closes completely for two holidays.

What is Target’s Holiday Schedule for 2019?

By and large, Target is open on major holidays. However, there are two where the stores close, and one day when the retailer is open on a modified schedule, closing earlier than usual.

Here is a look at the 2019 Target holiday schedule:

It’s important to note that the majority of Target stores operate in accordance with their typical business hours on Christmas Eve. The only exceptions are usually the few 24-hour stores.

On Christmas Eve, 24-hour Targets generally close at 10:00 pm or 11:00 pm. However, each location may handle things differently, so you may need to check with your local store before heading there to shop.

Is There a Presidents Day Sale at Target?

Along with their typical weekly deals, Target does hold a special Presidents Day sale. Discounts will be available both in stores and online, giving shoppers the ability to complete purchases in the way that they prefer.

Usually, details about the event will be published at least a few days before Presidents Day. You can see what is on sale by reviewing the Target website or getting your hands on a printed sales flyer.

The Target corporate office does not require every Target store to follow the same opening and closing schedule. However, aside from the 24-hour locations, most use similar business hours.

Here is a look at the typical Target store schedule:

Since there are some variations to the operating hours from one store to the next, it is smart to check with your local store if you want to shop near opening or closing. That way you can make sure you will be able to do what you need to do before you head out the door.

Additionally, there are some situations that may cause a store to close unexpectedly. For example, severe weather may make an early closing or late opening a necessity. Further, activities like remodels can impact operating hours, so you may need to check with your store to see if they are usually a different schedule if there is construction on site.

Do you plan on heading to Target this President’s Day? Share your plans in the comments below. The most organized of people can become confused when it comes to federal holidays. Presidents Day, the third federal holiday of the year, is right around the corner. Days like this are important to remember because so many places close. Usually the banks, post offices and stock markets are closed. However, it has many people also wondering what other places are closed?

Some stores may close for Presidents Day. Many other places (banks, stock markets, post offices) will be closed on Monday, February 19 and it has many people wondering about their favorite places to shop. Costco, a wholesale retailer, is a favorite shopping spot for many people. Will the wholesale store be open on Presidents Day?

Is Costco open on Presidents Day?

When do Costco stores close?

Costco closes its doors more than most retailers. Unlike Walmart, Costco closes on Easter, Memorial Day, Independence Day and other holidays. Here is a list of the Costco holiday schedule:

May 13 (Sunday): Costco is open on Mother’s Day

May 28 (Monday): Costco is closed on Memorial Day

If there is a local store near you that you are wondering about, you can always call and ask about the hours of operations on Presidents Day. While Costco will be open on Monday, February 20, there may be some stores that will be closed. Because of this, it is a good idea to call ahead or check online to see if individual stores will be open for business on this day. However, no matter what your needs may be, Costco will be open on Monday to fulfill them.

For more on Costco, consider reading these other articles:

If you found this article helpful please share it on social media, rate it 5 stars or leave a comment below. Monday, February 19 is Presidents Day. It is the third federal holiday of 2018 and it has quite a few people confused about what will be open and what will be closed. Even for the most organized of people, federal holidays can be confusing. Everything gets mixed up. Are the banks open? Post offices? How about the stock market? Another huge question people may be wondering is whether or not their favorite retail store will be open.

People will be wondering about Walmart, Target, Costco and even some of their favorite local shops around this federal holiday. Target, one of the leading retailers in the United States, is one of the stores in which people are wondering: Will it be open on Presidents Day?

What Holidays Does Target Close?

Is There a Presidents Day Sale?

Memorial Day, Veterans Day and Presidents Day are all federal holidays that are known for their sales. Target will be having a President’s Day sale as well as offering their regular week-to-week deals. Target’s online services will also be up and running as usual for Presidents Day. They will also be holding their Presidents Day sales through their Web services. If you want to know more about the sales, you can visit Target’s website or keep a lookout for their weekly flyer.

If you are wondering about a specific store’s hours on Presidents Day (or any other holiday), you can give them a call or check their website for closings and store hours.