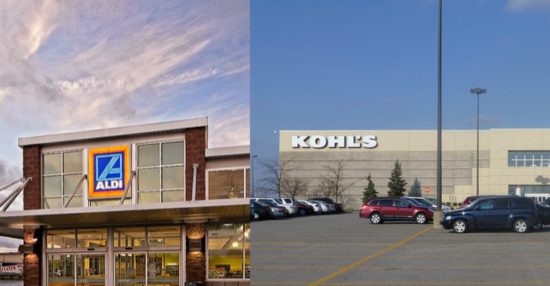 Many brick-and-mortar retailers have struggled in recent years as the popularity of internet-based business has increased. Kohl’s is now partnering with other stores to bring in more customers, which has led to the creation of a Kohl’s Aldi grocery store.

For the most part, both companies have kept everything regarding the partnership hush-hush. However, there are some pieces of information about what you can expect:

Can You Use Kohl’s Cash at Aldi?

Right now, it doesn’t look like either party plans to share any customer perks. You won’t be able to use Kohl’s cash at Aldi. Outside of being able to treat Kohl’s and Aldi as a one-stop-shop for clothing and grocery items, both stores will be exactly like their stand-alone counterparts.

Neither store has revealed where the new Kohl’s Aldi grocery store will appear first. There are also only 10 being rolled out this year and no plans on when the eleventh may debut — there’s just the goal of freeing up space in up to half of Kohl’s U.S. stores.

Kohl’s has already partnered with Amazon, which owns Whole Foods, to accept returns in stores. It is even possible that Kohl’s will open non-Aldi grocers within some of its locations. Only time will tell!