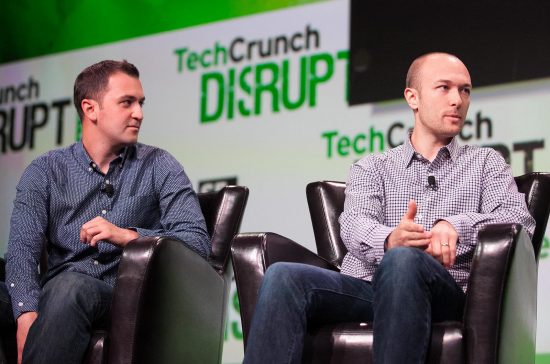 The ride-sharing service Lyft went public on Friday. At the end of the day, the company saw 9 percent growth. However, financial tycoon Warren Buffett won’t be investing in Lyft IPO. Here’s why.

Logan Green and John Zimmer, co-founders of Lyft, celebrated the company’s IPO on Friday. Lyft went public at $72 per share and reached $87.24 a share at its peak Friday. The stock closed the day at $78.29 per share.

Thursday evening, Lyft raised about $2.3 billion before its debut on the NASDAQ. The Lyft IPO had an initial market cap of $24 billion (up exponentially from its previous valuation of $15.1 billion). The co-founders opted to host the IPO in Los Angeles, which happens to be the company’s largest market.

“We want to make a point that you can both invest in communities and build a great business,” Zimmer said. “It was fun to ring the bell with several members of our driver community and have many of them participate in our IPO because we gave them a bonus to do so.”

Lyft’s co-founders discussed the company’s long-term prospects on Friday. Green and Zimmer are looking forward to autonomous cars, international growth, insurance, and even changing the future of car ownership.

“We are confident that the business will be very profitable,” Green stated. “We are making tremendous progress going after this once-in-a-generation shift where this entire industry, a $1.2 trillion market, could flip from an ownership model to a service model and we are leading the way there.” But, should you consider investing?

Why Warren Buffett Won’t Be Investing in Lyft IPO

When it comes to where you put your money in the stock market, many people look to Warren Buffett for advice. After all, he is one of the most successful investors of all time. However, when it comes to Lyft IPO, Buffett is a hard pass.

In fact, Buffett hasn’t invested in an IPO in 64 years. The only time he did was in 1955.  “A gasoline dealer was running it and as a favor gave me 100 shares. And I have to admit it now, I think the statute of limitations has expired, I took a free ride on 100 shares and made $500 and that’s the only time I’ve ever done that,” Buffett said.

Buffett also doesn’t see the value in investing in Lyft itself. “I certainly wouldn’t buy a business for $25 billion,” Buffett stated. “So I look at what I’m getting as a part owner of a business, and I don’t know why, with all the things you can buy for $25 billion in this world, that you would pick a business that really has to be earning $2.5 or $3 billion pre-tax in five years to even be on the same radar screen as things you can buy right now.”

Should You Invest in an IPO?

This year has already proven to be an exciting one where IPOs are concerned. However, Buffett warns against putting any money into them. “I think buying new offerings during hot periods in the market, I don’t think it’s anything that the average person should think about at all,” he said.

If you have FOMO (fear of missing out), keep in mind this sage advice from the seasoned investor. “You can go around making dumb bets and win. It’s not something you want to take as a lifetime policy, though.”

All in all, before you make any investments decision, be sure to do your research and be sure you’re making the right decision for your financial goals.

Readers, are you planning on investing in the Lyft IPO?