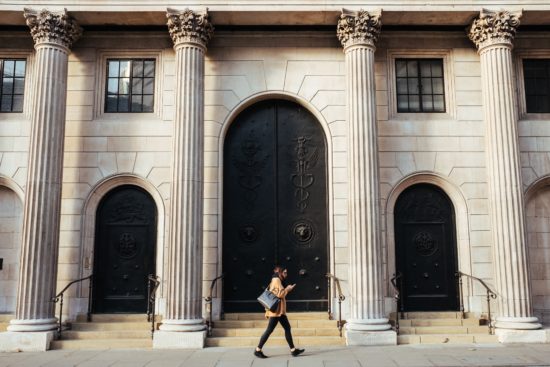 When it comes to the February holidays, most people focus on Valentine’s Day. This year, that day of romance falls on a Friday. Since it’s the event that draws most people’s attention. It’s easy to overlook that Monday, February 17, 2020 – the Monday after Valentine’s Day – is President’s Day, a federal holiday. As with most federal holidays. There can be a bit of confusion regarding what will and won’t be open on President’s Day. If you are wondering, “Are banks open on President’s Day?” you aren’t the only one. For anyone who hoped to do some banking on February 17. Here’s what you need to know.

Are Banks Open on President’s Day?

However, it’s important to note that some bank locations may be open. For example, branches inside of supermarkets or certain retail stores may open their doors on the holiday. This includes some PNC Bank and SunTrust Bank locations. Additionally, TD Bank branches are often open on President’s Day.

Otherwise, it’s often safe to assume that banks will close for the holiday. Some banks that do not open on President’s Day include:

Additionally, regular PNC Bank and SunTrust Bank branches (those not in grocery or retail stores) will likely be closed as well.

If you need assistance from a bank employee. You will either need to head to your bank on the business day before President’s Day – either Friday, February 14 or Saturday, February 15. Depending on whether your bank has Saturday hours – or wait until the February 18, the Tuesday after the holiday.

No, most credit unions are not open on President’s Day. Like banks, the majority of credit unions follow the federal holiday schedule and close accordingly. However, there can be exceptions. For example, locations in retail or grocery stores, that may open.

Is the Stock Market Open on President’s Day?

No, the stock market is not open on President’s Day. Regardless of where your brokerage, IRA, or other kind of investment account is held. Trades and similar activities essentially come to a halt on most federal holidays, include President’s Day.

It’s important to note that Independence Day actually falls on a Saturday in 2020. When this happens, the day the holiday is observed usually shifts to the Friday before. As a result, many banks will close on Friday, July 3, as well as Saturday, July 4.

Many people also notice that there are additional holidays where credit unions and banks are usually closed that aren’t on the list. For example, a bank typically isn’t open on Easter Sunday, Mother’s Day, or Father’s Day. The reason that is the cases usually isn’t because of the holiday itself. Instead, it’s because those events fall on Sundays, a day of the week where most banks and credit unions are closed anyway.

How to Bank on President’s Day

Even if your local branch closes on President’s Day, that doesn’t mean your banking needs have to go unaddressed. Nearly any service that doesn’t require interacting with a teller is still available.

For example, you can withdraw cash at an ATM that isn’t locked inside the building. You may also be able to make deposits, initiate transfers, or pay certain bills at ATMs or similar kiosks.

Additionally, you’ll still have access to a range of online banking services. Check depositing through mobile apps will be available, as well as bill paying services, the ability to initiate transfers, and access to information about your balances.

It’s important to note that the transactions themselves might not process until the next business day. This includes deposits, bank-to-bank transfers, bill pay involving the institution mailing a check on your behalf, and certain other activities that require a bank or credit union to be open for it to go through.

Do you ever wish that banks were open on federal holidays? Why or why not? Share your thoughts in the comments below. Presidents’ Day is observed on the third Monday in February every year. This means that the actual date of Presidents’ Day is always changing. Because it is on a Monday, it also causes some problems when it comes to day-to-day business. Banks, however, don’t always close on federal holidays so whether your bank is open on Presidents’ Day or not is not a simple yes or no answer. The majority of banks are closed on Presidents’ Day, but there are exceptions.

Are banks open on Presidents’ Day?

No, most credit unions are closed on Presidents’ Day. Credit unions are much like banks when it comes to this holiday. The vast majority of regular branches will be closed for the day, but there may be some located in grocery stores or other retail outlets which will remain open along with the store where they’re located.

The good news is that in the age of technology in which we are living, you do not have to go to the bank to do business. You can often do banking at the ATM or even through your mobile phone or the bank’s website. Most of these options can usually be accessed 24 hours a day, seven days a week.

Is the stock market open on Presidents’ Day?

Are Banks Open on the day Before Presidents Day?