how to retire well in new york 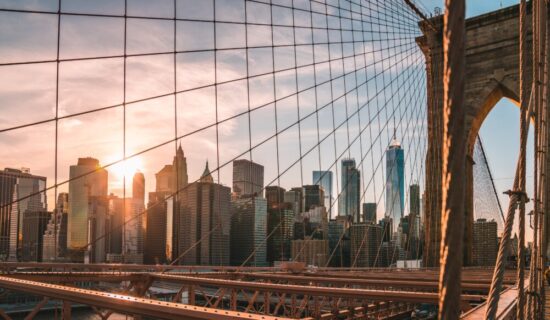 When people envision their golden years, they typically picture an amazing life. But retiring well isn’t something that happens automatically. You need to choose the right place to settle and make sure that your financial situation supports your preferred location. If you’re hoping to retire well in New York, here’s what you need to know before moving there.

Examining the cost of living in an area before you choose a retirement destination is a smart move. By looking at those metrics, you can gauge a state’s affordability at a glance. Since the national average is always 100, scores above that are a sign of higher costs, while numbers under 100 are a signal of affordability.

Overall, New York has an incredibly high cost of living. The Empire State’s overall score is 134. The only states that score higher are Oregon, California, and Hawaii.

Additionally, New York doesn’t have one category score below one hundred. Groceries come in at 113.9, while utilities and transportation are 100.2 and 105.5, respectively. For healthcare, the score is 101.2.

When it comes to taxes, New York is fairly retiree-friendly. Along with exempting Social Security and funds from many public pensions, the state also allows up to $20,000 in deductions for retirement income from private pensions, annuities, and common retirement accounts, like 401(k)s and IRAs.

Otherwise, any amount above the deduction is taxed at the typical rate. Overall, these vary between 4 and 8.82 percent, depending on your income level.

When it comes to sales tax, the Empire State has a base rate of 4 percent. Cities can add to that amount, pushing it up higher in many areas. For example, New York City adds 4.5 percent and also has a Metropolitan Commuter Transportation District Surcharge, putting NYC’s total rate at up to 8.875 percent, depending on the product or service category.

For property taxes, the base rates are actually quite low. However, with higher than average home values, even modest tax rates add up quickly.

Luckily, retirees may qualify for some exemptions that reduce their liability. While the programs do vary a bit depending on the city, seniors who are at least 65 years old may be able to reduce the taxable value of their homes by as much as 50 percent, depending on the senior’s income level and the property’s value.

If you want to boost your retirement income by securing a part-time job, taking a look at New York’s unemployment rate is smart. Those metrics can help you estimate how hard it might be to find a position, ensuring you can plan properly.

Overall, New York is still reeling from COVID-19. The state was hit incredibly hard, and unemployment reached as high as 15.9 percent (July 2020). That’s 1.1 percentage points higher than the peak national average, which hit 14.8 percent in April 2020.

While New York has recovered a bit, the unemployment rate in December 2020 was still 8.2 percent. That’s far higher than the national average for that month, which came in at 6.7 percent.

However, the situation is likely continuing to improve. Still, savvy retirees shouldn’t assume they’ll find a part-time job fast. Instead, plan to rely solely on retirement income, at least initially. That way, you can ride out the economic recovery period.

When you’re choosing a city for retirement, you want to examine cost of living, lifestyle, and access to amenities. That way, you can live comfortably and enjoy your golden years, all without breaking the bank.

While every retiree’s personal preferences should play a role, some cities in New York stand out as great options. Great Neck and New Hyde Park can be an excellent choice, for example. Great Neck is on Long Island, while New Hyde Park is just outside of the NYC cities limits, so both are reasonably close to NYC. That means there are plenty of nearby entertainment options. Plus, it offers exceptional access to medical care and has a solid retiree population.

If you aren’t worried about being near NYC, then Fairport could be a great choice. It’s a suburb of Rochester, so it’s still near larger city amenities, including the University of Rochester Medical Center. Plus, there are numerous retirement communities and recreation centers.

Webster can be a stellar option for retirees who enjoy spending time outdoors. The area is home to North Ponds Park and Milton R. Case Park, each of which has many accessible trails. Plus, there are tons of recreation centers.

If you’re looking for a vibrant community, consider Warwick. The city commonly hosts festivals focused on food, art, and music. Plus, it’s close to Sterling Forest State Park, making it great for maintaining an active, outdoor lifestyle. The senior population is also large, so there are plenty of other retirees looking to enjoy the good life, and that could make connecting with people socially easier.

How Much Money You Need to Retire Well in New York

With such a high cost of living, retiring comfortably in New York means having access to a significant amount of retirement income. You’ll either want to have quite a bit in savings or be open to working after you leave your main career, giving you the ability to supplement your savings.

Overall, having around $98,825 a year is typically what it takes to retire well in New York. Along with covering your needs, that amount of income should handle some wants, too, ensuring you can have a quality retirement.

Do you have any other tips that can help someone retire well in New York? Share your thoughts in the comments below.

If you enjoy reading our blog posts and would like to try your hand at blogging, we have good news for you; you can do exactly that on Saving Advice. Just click here to get started. Check out these helpful tools to help you save more. For investing advice, visit The Motley Fool.