"The spirit in which a thing is given determines that in which the debt is acknowledged; it's the intention, not the face-value of the gift, that's weighed." - Seneca

how much is Jim Jones worth 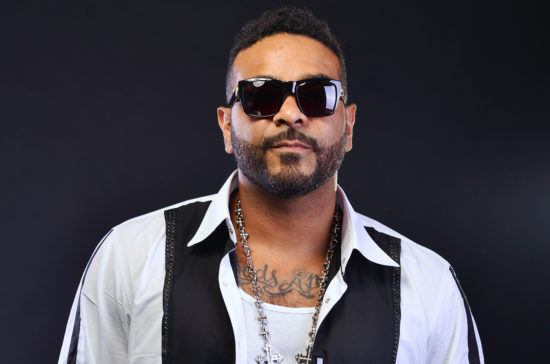 The music industry is constantly changing which means artists have to constantly change as well, even if it means squashing a 10-year-long feud. Rapper Jim Jones and Jay-Z did just this when Jones signed to Jay-Z’s Roc National label earlier this year. There is no doubt that the signing will have a positive impact on Jim Jones’ net worth, however, how much is he worth now and how much potential does his wealth have to grow in the future?

Joseph Guillermo Jones II (Jim Jones) was born in the Bronx and raised in Harlem by his grandmother. Much of his childhood recollections involve stealing from corner stores and skipping school. Eventually, he was expelled.

He is an original member of the rap group The Diplomats, also known as Dipset. Jones is also the co-CEO of Diplomat Records, alongside Cam’ron.

His first solo album, “On My Way to Church,” was released in 2004. It did fairly well and even hit number 18 on the Billboard Top 100 Hip-Hop Charts. He released a second studio album, “Harlem: Diary of a Summer,” less than one year later. The released of his second album coincided with landing an executive position at E1 Music.

At the beginning of his career, Jones ran into a bit of drama in the music industry with fellow rapper Tru Life and Jay-Z. Tru Life released a diss track aimed at Jones and Jones responded with an invitation to fight. Tru Life never responded, however, Jay-Z permanently wrote off Jones and the  Dipset crew.

In 2006 Jones released his third album which contained his biggest single to date. The song, “We Fly High,” went platinum and reached number five on the US Billboard Hot 100 chart. During 2006 he also formed a hip-hop group called ByrdGang and launched ByrdGang Records. They launched their first studio album (“MOB: The Album”) under the label in 2008.

Independently, Jones went on to release two more studio albums and numerous mixtapes, all of which made a great deal of money. Throughout his music career, he has also worked hard to diversify his income by taking on various projects, including directing videos and launching his own fashion line. So, how has all of this affected Jim Jones’ net worth?


In 2017, Jim Jones’ net worth is estimated to be $10 million. He’s only been able to accrue that much wealth through diversification though. About $200K of his net worth can be attributed to investment earnings. Another $500K stemmed from money earned through endorsements.

Of course, his music career did help significantly. His earnings per studio album were as follows:

Jones is also raking in cash through his fashion line, “Vampire Life.” The rapper rockstar style clothing is for sale in New York City. Jones is planning to roll the line out for worldwide sale soon. This will likely earn him a pretty penny. Most estimates of Jones’ net worth also include the value of a few of his luxury cars:

All of this not to even mention that Jones recently signed a new record deal with Roc Nation so he will be creating new music and earning even more in the future. It isn’t yet clear whether Jim Jones’ net worth will increase significantly or not. Only time will tell. What do you think? Will Jim Jones continue expanding his wealth?