"A wise man should have money in his head, but not in his heart." - Jonathan Swift 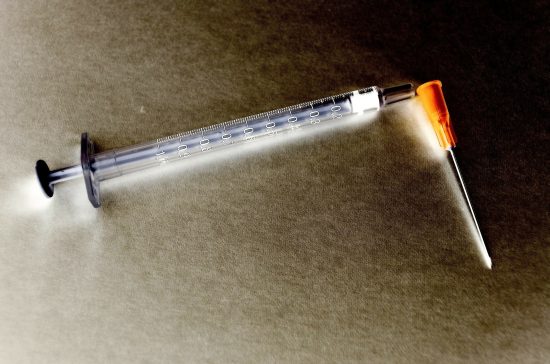 HIV isn’t something that is talked about as often as it used to be. In the 1980s, HIV and AIDS plagued the thoughts of most Americans. Despite the fact that it hasn’t drawn as much attention as it used to, HIV is still a huge problem. Thankfully, scientists are just another step closer to developing a successful HIV vaccine.

How Much Does HIV Treatment Cost

The average treatment for HIV costs between $14,000 and $20,000 per year. That is just to keep the virus from progressing to AIDS and keep the infected person alive. Some treatments can cost as little as $1,000 per month, but those paying that price can consider themselves lucky. All of this can add up to $400,000 or more in lifetime treatment expenses.

Not to mention, many individuals with HIV may also have other incurable diseases, such as Hepatitis. Combining HIV treatment costs with the costs of maintaining another disease can run upwards of $28,900 or more per year.

Many people managing their HIV diagnosis live paycheck to paycheck and struggle financially. Some even try to ration out their medications, which can be dangerous. With around 38 million people infected worldwide and healthcare costs continuing to rise, it has become a priority for officials to develop a vaccine to help prevent HIV.

The Development of an HIV Vaccine

Thankfully, scientists are coming closer to developing an HIV vaccine. Three experimental vaccines are entering their final stages of testing. While any of these three trials may fail, scientists are more hopeful than they’ve ever been in the past. Margaret Heckler, Secretary of Health and Human Services, has predicted there would be a vaccine available for wide-scale testing within the next two years.

This is “perhaps one of the most optimistic moments we have been in,” said director of the Bridge HIV research program at the San Francisco Department of Public Health, Dr. Susan Buchbinder. “We have three vaccines currently being tested in efficacy trials, and it takes quite a bit to actually be promising enough in the earlier stages of trials to move you forward into an efficacy study.”

Dr. Anthony Fauci, who helped draft President Trump’s Ending the HIV Epidemic plan, said that if one of the current three vaccines being developed works, “that would be the endgame.” The HIV Epidemic plan aims to help lower new infections by 75 percent in the next five years and 90 percent in 10 years’ time. That could save countless peoples’ lives, not to mention millions of dollars. However, only time will tell whether scientists will be able to craft a vaccine that really works. Did you know that most people diagnosed with HIV live a normal life-expectancy? December 1 marks World AIDS Day. There have been a ton of breakthroughs and treatments for the debilitating disease, and that has prompted activists and politicians to have hope for an AIDS-free generation. Hopefully, one day, there will be no new HIV infections, no discrimination against those with the disease and no new AIDS deaths. How far are we from that?

The slogan, “Getting to Zero,” has been the theme for World AIDS Day for four years now. With new medications and treatments, the reality of there being no AIDS-related deaths some day is tangible. Completely stopping new infections from occurring is a possibility as well if people who have HIV get tested and are treated effectively.

Obtaining the goal of “no discrimination,” however, seems the hardest. Even after 30 years (the length of time the virus has been running rampant), people still have a general lack of knowledge about AIDS and HIV. Many people still do not get tested regularly, nor do they receive anti-retroviral treatment – even though it is readily available. This is because the social stigma surrounding the disease is far more prevalent than originally thought.

Though we are a progressive society, many people think you can get the disease from kissing or engaging in homosexual activity, which is not the case. Another slogan tokened by the World AIDS Day foundation is “Kissing and hugging do not spread AIDS, ignorance does.” With lack of education about the disease, many people are misinformed and even ashamed if they think they need to be tested.

Anyone engaging in unprotected sex can contract the disease if they come into sexual contact with someone with the disease. Although the “Getting to Zero” campaign is not impossible, it will not happen until there is a way to measure and lower the HIV/AIDS stigma. By lowering the stigma, discrimination will become nonexistent when it comes to HIV/AIDS, and we (as a world community) can take a step closer to becoming AIDS-free.

Many people will be sporting red ribbons today in support of fighting to end HIV/AIDS. Most people will know someone during their lifetime that this disease has effected or will effect. However, there are a few ways (other than wearing a ribbon) that you can help.

• You can donate to the cause at www.worldaidsday.org.

• Be aware. Be aware of what HIV is and how it effects society

Campaigns throughout the world

There have been international campaigns aiming to lower the HIV stigma. However, campaigns and charities working to end HIV must also focus on educating others and ending the stigma surrounding the virus. If the stigma is put to a stop, more people will feel willing to get tested and won’t be scared of the outcome.

The number one way charity organization aimed at HIV/AIDS can help end the discrimination is to provide educational materials to address misinformation. By doing this, “Getting to Zero” can become much more than a slogan. It can become a reality. Many have seen the recent news that has surfaced about Charlie Sheen and his life-threatening disease. Though HIV and AIDS is preventable (through using protection, etc.), researchers may have found a drug that will cure the disease that still kills thousands of people each year. Where they found it is surprising.

The drug that may save lives

A new drug that was actually developed to help those with alcoholism may help cure HIV. The drug, disulfiram, is generally given to people struggling with alcohol abuse. The drug is supposed to discourage the use of alcohol. If a patient drinks while on disulfiram, they will experience unpleasant side-effects.

Although the drug created to cure alcoholism is big news, it seems disulfiram has made into headlines for something completely different.

Of course, to determine that the disulfiram was effective in treating HIV, a research team conducted a study. Thirty HIV patients who were already taking antiretroviral treatment (ART) drugs were given disulfiram.

ART drug treatment programs can hold the virus in check so that it does not get any worse, but it isn’t getting any better either. It creates an internal environment where the people who are taking ART drugs are able to live with HIV. At the end of 2014, 36.9 million people were living with the virus, thanks to ART. However, it still doesn’t cure the debilitating disease.

How does it cure HIV?

The biggest problem scientists have run into when trying to find a cure for the disease is that it lies dormant within the body. Even with the treatment that currently exists, it seems nothing is able to beat the virus. However, disulfiram is able to activate the dormant cells in the body without producing any negative side effects in the patient. When the dormant HIV cells are activated, it allows them to be combated more easily.

“This is a very important step as we have demonstrated we can wake up the sleeping virus with a safe medicine that is easily taken orally once a day,” said research author Julian Elliott, from the department of infectious diseases at the Alfred Hospital in Melbourne. “Now we need to work out how to get rid of the infected cell. A kick-start to the immune system might help. We have an enormous amount still to learn about how to ultimately eradicate this very smart virus.”

How the dosage will effect patients

“The dosage of disulfiram we used provided more of a tickle than a kick to the virus, but this could be enough. Even though the drug was only given for three days, we saw a clear increase in [the] virus in [blood] plasma, which was very encouraging,” said Elliot.

“The next step is to get these cells to die,” he said. Getting the cells active is a huge step towards eradicating the virus, which has killed more than 34 million people since the 1980s.

Two million people each year are newly effected by HIV. With numbers of the infected continuing to rise each year, it is urgent that a cure, or at least an effective treatment, is found soon. In 2013, lead author Steven G. Deeks, M.D. and his colleagues Drs. Sharon R. Lewin and Diane V. Havlir, published an article in the prestigious medical journal The Lancet titled, “The end of AIDS: HIV infection as a chronic disease.” The crux of their argument was not a controversial one: in their article, the authors argued that the success of antiretroviral therapy and access to lifelong treatment for many (at least in the developed world) has meant, “AIDS-related illnesses are no longer [a] primary threat.”

The purpose of the article, however, was not to undermine efforts to find a cure. In fact, the article emphasized that treatment does not restore immune health and there are other complications (including the cumulative toxic effects from exposure to HIV antiretroviral medication) that must be considered. Still, especially when compared to two decades earlier, HIV is no longer a death sentence.

However, in stark contrast to this reconceptualization of HIV infection as a “chronic disease,” a new strain of HIV has been discovered in Cuba, which becomes full-blown AIDS within three years if left untreated. Normally, it takes on average of six to ten years after infection for the virus to develop into AIDS without treatment. According to the international researchers working in the country, this strain is a combination of three subtypes of the virus and progresses so quickly that patients infected with this “new” virus will likely not seek treatment until it’s too late.

Their findings have been published in the medical journal EBioMedicine. The researchers were able to identify the new variant (named “CRF19”) by studying the blood of 73 recently infected HIV patients and comparing the blood samples of those who were diagnosed with AIDS, those without AIDS and those who developed AIDS after living with HIV for more than three years. All patients who developed AIDS within three years of their HIV infection were infected with the CRF19 strain.

Researchers are also worried that this strain may have an increased ability to mutate and potentially become resistant to therapy. According to The Seattle Times, more than 60 strains of HIV type 1 exist in the world because of HIV’s high mutation rate, which further complicates efforts to develop an appropriate vaccine.

This study, however, is not without criticism. As reported by the Times, physician Hector Bolivar has “misgivings about the way the study was conducted” and whether others can replicate it. To begin with, Bolivar said the total sample size was not large enough to make conclusions about the prevalence of this strain in Cuba and–most importantly–questioned the ethics of denying treatment to patients in order to study their disease progression.

“It’s very difficult for us in the United States or Europe…to replicate these findings…because it’s unethical to wait until someone progresses until they can no longer benefit from treatment.”