"Some people think they are worth a lot of money just because they have it." - Fannie Hurst 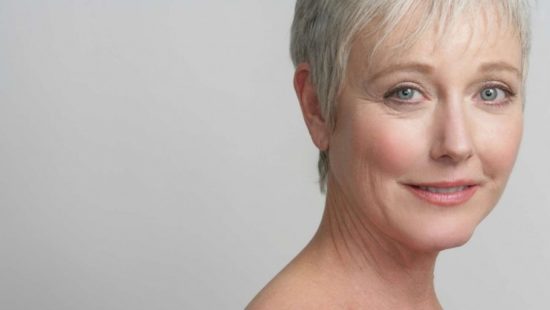 The way to save money on hair care in middle age isn’t the same as what you might be able to pull off in your younger years. Corners you can cut in your youth can turn into opportunity costs once you become older.

List your age as 40 or older on any social media website and any ads you see for grooming products tend to have more of an anti-aging theme to them — many of these also happen to have bigger price tags than their more youthful counterparts.

Can You Just Say No?

Of course, not buying any of this stuff would seem to be the greater cost savings, but unfortunately some of the most valid motivation to invest in anti-aging products unfortunately comes from the kind of advice the over-40 crowd gets from friends who work in human resources: they politely suggest things like coloring gray hair can improve your odds of getting hired and promoted, due to the fact age bias still happens in spite of it being illegal.

That does enough for demand to account for the stiffer pricetags. Even men have increasingly begun buying anti-aging products specifically for their careers — a phenomenon that has earned the nickname “Brotox” among those who market anti-wrinkle injections.

So the simplest way to save money on some of these products is to resist the temptation to either stock up on them or overdo the amount you put on every day. It’s easy to fall for the temptation to use more in the hope that it will make you look even younger — the fact of the matter is that following the directions makes you look younger, not improvising on quantities.

Related to this, as the amount of gray in one’s hair goes moves from the token strands to more predominantly gray, one notices that no color seems dark enough to cover every single strand (because the hair’s texture changes in a way that makes it harder to retain color). So it becomes tempting to redo the dye jobs more often instead of going to the salon for the kind of dye that covers grey better without damaging the hair.

And trying to save money by touching up one’s own roots creates other problems: accidentally layering the dye onto already dyed parts of your hair can damage it — which can be easier to do with older hair in the first place. And the whole matter of messing up one’s bathroom is another expense if you have to use bleach to remove hair dye that splashes on the walls or floors.

These issues can easily tip the scales toward cost justifying going to a salon over doing your own hair color. A third party has a better ability to see how to touch up roots with precision.

Whereas men may have some slack in the hair department if the issue is loss rather than a full head of grey hair. When hair loss is the issue, they might save money by simply buying electric clippers and shaving their heads themselves. If the issue is coloring, then they might also run into less of the challenges that women have, assuming men’s hair is shorter.

Save Money on Hair Care in Middle Age

Making the right decisions about hair care in middle age can make a real difference in one’s appearance — the trick is not to get carried away with the spending.

Readers, what money-saving tips do you have for people who are middle age and older?