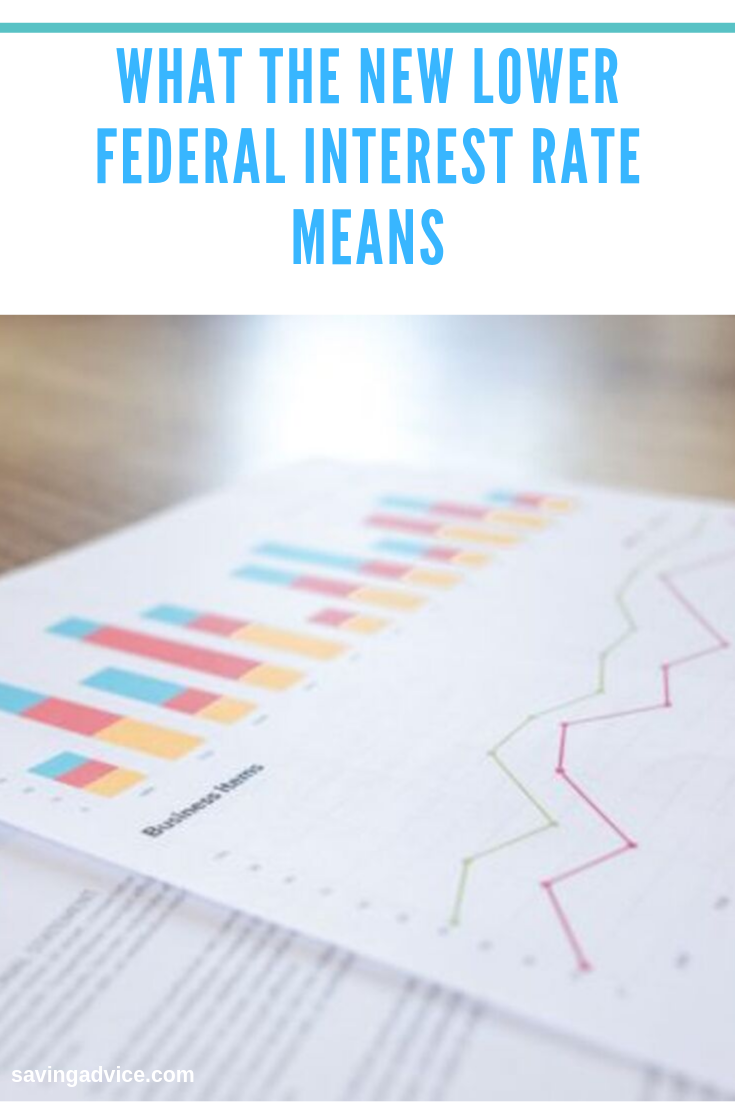 Interest rates are going down. The Federal Reserve has reduced its federal interest rate by 0.25%. The overnight lending rate is the basis for lending between banks and affects the rates offered to consumers for various loans. The last rate cut was almost twelve years ago after the real estate bubble burst in 2008. Conversely, rates have been raised nine times in nearly four years.

What is the Federal Reserve?

The Federal Reserve, or the Fed, was created in 1913 to stabilize the financial system in the United States. It’s also known as the central bank of the US and one of the most powerful financial institutions in the world. The Fed controls the monetary policy for the US. Its mandate, set by Congress, is “maximum sustainable employment, stable prices, and moderate long-term interest rates.” The Fed uses increasing and decreasing interest rates to combat the effects of inflation and stimulate the economy.

This latest reduction is said to mitigate global risk amid worsening relationships and trade concerns. The stock market and the current administration wanted a more significant decrease of 0.50%. The stock market reacted negatively to the news since lower rates present a weak economy. The S&P 500 decreased over 1%, to its lowest point in the last two months.

The Fed Chairman, Jerome Powell, alluded to the possibility of more cuts. However, there are no long-term cuts planned. The rate decrease was to prepare for future economic uncertainties. The administration is not particularly happy with the initial reduction and blames Mr. Powell’s policy decisions for slow economic growth. However, unemployment has been low for quite some time, and inflation has been steady. Conservative decreases as a preventative measure may contribute to more prolonged results.

What It Means When Interest Rates are Low

Federal interest rates affect how much it costs to borrow debt. Consumers are more likely to make big purchases when rates are lower. The hope is that lower rates will decrease spending on debt and increase consumer spending elsewhere. Lower rates also incentivize businesses to take out loans for expansion, equipment, and other enterprising efforts. Rates usually are reduced when the economy is in a recession, so this an unusual situation. The economy is strong, yet the Fed decreased the rate. The Fed previously reduced the rate to combat recession in 2003. The rate was 1.25% then. The current rate range is 2 to 2.25%

If you’re looking to finance a property, a car, or business expenses, now may be the time to strike. Also, now be a great time to refinance. If you took out a loan within the last four year, when the rates were increasing, the lower rates might be especially appealing. You may see a significant reduction in your monthly payments or total interest paid over the life of your loan. However, don’t feel pressured to accrue unnecessary debt because rates are low. The economy and markets are cyclical. Stick to your goals and financial plan. The Federal Reserve still plans to increase interest rates before the end of 2016 since its first hike last December after nearly a decade.

There has been much chatter about the fed’s interest rates increase, but what does this mean for you? Should you be concerned? Let’s break down the process.

Why does the Fed lower or increase interest rates?

The decision to raise or lower its interest rates creates a domino effect and depends on which state the economy is in. Rates will be lowered for easier borrowing for consumers and businesses in an effort to stimulate the economy. Conversely, rates are increased to make acquiring loans harder in order to slow down the economy. Ultimately, the goal is to help keep inflation under control.

What does the Fed control?

There are two rates the Federal Reserve directly controls: the Discount Rate and the Federal Funds Rate or the key rate.

How will the Fed’s interest rates increase affect you?

In recent years, Fed officials have discussed and finally started taking action again this year on increasing its key interest rates believing that the economy was finally strong enough. The road to recovery from the 2007-08 financial crisis has been challenging but shows hope. And while unemployment rates are improving, it is a slow growth. Although the Fed may only have direct control over the two rates mentioned above, the changes in these rates do have some chain reactions that affect Americans.

Despite this, the fact that the economy is viewed as strong enough for such a rise should be viewed as a positive. Not to mention, the rate changes will not happen overnight; expect it to be a slow and steady pace. This monitoring of the economy like this provides some comfort knowing the reality of another financial crisis in the future is real.

While there is also concern from investors due to the negative effects in the stock market from the December 2015 fed’s interest rates increase, this may be a great opportunity for longer-term stock. This does not mean these hikes are positive for the stock market, but interest rates may not have as much of an effect on forecasting as we think.

If you’ve been unhappy about the lack of interest you earn in your savings or certificate of deposit, this action will most likely result in higher interest income on your savings. But, this, too, will not happen overnight.

The short answer is that any short-term loan from the bank’s deposits will most likely increase. Both credit cards and equity lines will be affected, considering their short-term characteristic as well as their shared index of a Prime Rate.

The Prime Rate is the rate provided to their best clients, the ones with excellent credit. This will increase the same amount the Discount Rate is increased by, and therefore, your credit cards and equity lines will increase that much as well.

Car loans and home mortgages will be somewhat affected as well. Although mortgages are fairly long-term, rates are expected to gradually increase over time. The cost of mortgages will be influenced by the Federal Reserve when governmental securities are purchased by a central bank as a way to increase money supply.

Even though consumer spending and borrowing will be lower with the fed’s increase in interest rates, so will business profits and home sales.

This does not mean you need to rush out and buy a home or a car now to ensure lower rates. And it is probable that mortgage rates will still be lower than past averages.

The Fed’s interest rates increase is a sign of progress but will come with quite a few adjustments. However, educating yourself on the process will help keep you as financially prepared as possible.

What are your thoughts on the Fed’s interest rates increase? Comment below or start a discussion in our forums!