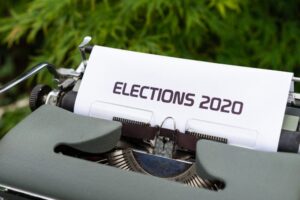 Typically, presidential elections influence the financial landscape of the United States. Each candidate has their own views about government regulation, industry development, and other areas that impact the nation’s economy. Who ultimately comes out ahead has an effect on the markets, at least for a period. Plus, the political uncertainty that lingered during the days it took to identify a winner had an impact. If you are wondering what the financial fallout of the 2020 election looks like, here’s what you need to know.

Why the 2020 Election Was Different

The 2020 presidential election was anything but simple. It took several days for ballots to be tallied in some key states, creating a degree of uncertainty regarding the future of the United States.

Additionally, lawsuits put some doubt over what results would stand, promoting a contentious environment and ensuring that, even once a winner was initially identified, it would take much longer to find out who would actually hold the mantel of president in 2021. This amplified the sense of uncertainty.

There is also the issue of a divided Congress. Republicans seemed primed to hold onto the Senate, while Democrats maintained the majority in the House. With that potentially comes a combative climate, something that can slow decision-making at key times, such as when it comes to passing additional stimulus in response to COVID-19 or future annual budgets.

The Financial Fall Out of the 2020 Election

Ultimately, the 2020 election created a sense of doubt. The slow initial outcome boosted feelings of uncertainty and fears that the result would get tied up with recounts and lawsuits bolstered that notion.

For some, this prompts shifts in their investment strategies. Individuals may look toward options that are viewed as safer, like gold, or at least make an effort to reduce the volatility of their portfolio. This is especially true for those nearing retirement, where preservation is often a priority.

For those investing long-term, the impact may be smaller. At times, it may even signal opportunity, as they may go looking for “deals” as the stock market fluctuates. Additionally, immediately after election day, the stock markets actually experienced a notable gain. This indicates that some investors are feeling bullish, even during these odd times.

It’s also crucial to remember that most of the notable market movement in a post-election climate is often short-term. While it may persist longer in 2020 due to the heightened degree of uncertainty, it will most likely calm, potentially in fairly short order.

Ultimately, who is elected president has an impact. Both candidates have different views on the economy, various industries, economic stimulus due to the pandemic, and much more. Once the winner is officially chosen, the market may experience some dramatic shifts.

At times, investors try to align their portfolios with areas that are likely to achieve gains once the new president steps into office and begins influencing policy directly. This leads to shifts, but once the president has been in place and their direction settles in, the changes are usually less dramatic. Some may experience losses during these initial days, it’s true. But there can also be gains and are often recoveries.

In the end, movement in the market is normal. While the election may lead to some financial fallout, it can also lead to improvements. The big key is typically time.

Can you think of any other things that cause an election financial fallout? Share your thoughts in the comments below.