"My problem lies in reconciling my gross habits with my net income." - Errol Flynn 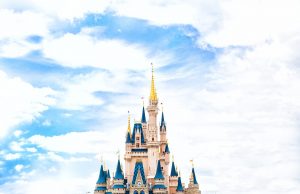 I am one of 10 million people that signed up for Disney Plus. My sister and I spoke about breaking down and purchasing Disney Plus on the first day. We both said we wouldn’t do it because it would have issues, and we did it anyway. I almost immediately regretted it once I couldn’t log in and kept seeing error messages but I saw the light.

As with most streaming services, or highly-anticipated apps, there will be issues. For all the money and effort Disney put into its streaming service, it didn’t work for many of its millions of new users. It doesn’t work in android or Linux-based devices such as Chromebooks. As a Chromebook user that hadn’t read ahead, I was sorely disappointed when I kept receiving “error code 83.” Once I did a Google search, I realized that I wasn’t the only one. There are whole Reddit threads explicitly dedicated to that error. For those that stream on an android-based tablet or phone, this will be extremely frustrating because this will require security changes on Disney’s part. Luckily, I like all types of devices and was able to log in with my personal computer (PC) so I could finally watch “Endgame.”

For Apple, Amazon, Roku, and PC devices, they weren’t without their issues. There were issues loading content, streaming, and even log-ins given the lack of bandwidth. A quick google search reveals at least nine error codes were widely searched since the launch two days ago. Error code 83 means that your Linux device doesn’t meet the security requirements. Error code 73 means you’re in a region that is not currently supported, which is everywhere but the US, Canada, and the Netherlands. Puerto Rico, New Zealand, and Australia should have access starting November 19. Although Australia is about the same size as the lower 48, it has about 300 million fewer people, so hopefully, their launch will be much smoother.

What’s even more unfortunate is the limited amount of titles available. I’m pretty sure that’s why Disney plus offered a bundle before it even launched. You need at least one other streaming service to have sufficient entertainment. It also explains the $6.99 price tag. Disney previously explained the limited titles by stating they would be released in the future. However, compared to streaming services like the bundled Hulu, or Netflix, the number of titles seems trivial.

Speaking of Hulu, my sister and I compared bundles, and it seemed like she was getting a better deal. I had Hulu with commercials for $5.99. She has Hulu without ads for $12.99. Once she added the Disney Plus Bundle, Disney credited her $12.99, so she’s only paying taxes and fees for Disney+, Hulu, and ESPN+. I immediately switched to the ad-free Hulu package. You might ask why, and the reason is, I can have everything for the same price without the commercials. It is so annoying to get rid of cable and still have ads, but now, thanks to my little sister, I don’t have to worry about it.

Disney Plus Offers Bundle With ESPN and Hulu

Is the New Disney Streaming Service Worth the Money?