"I've never sought success in order to get fame and money; it's the talent and the passion that count in success." - Ingrid Bergman 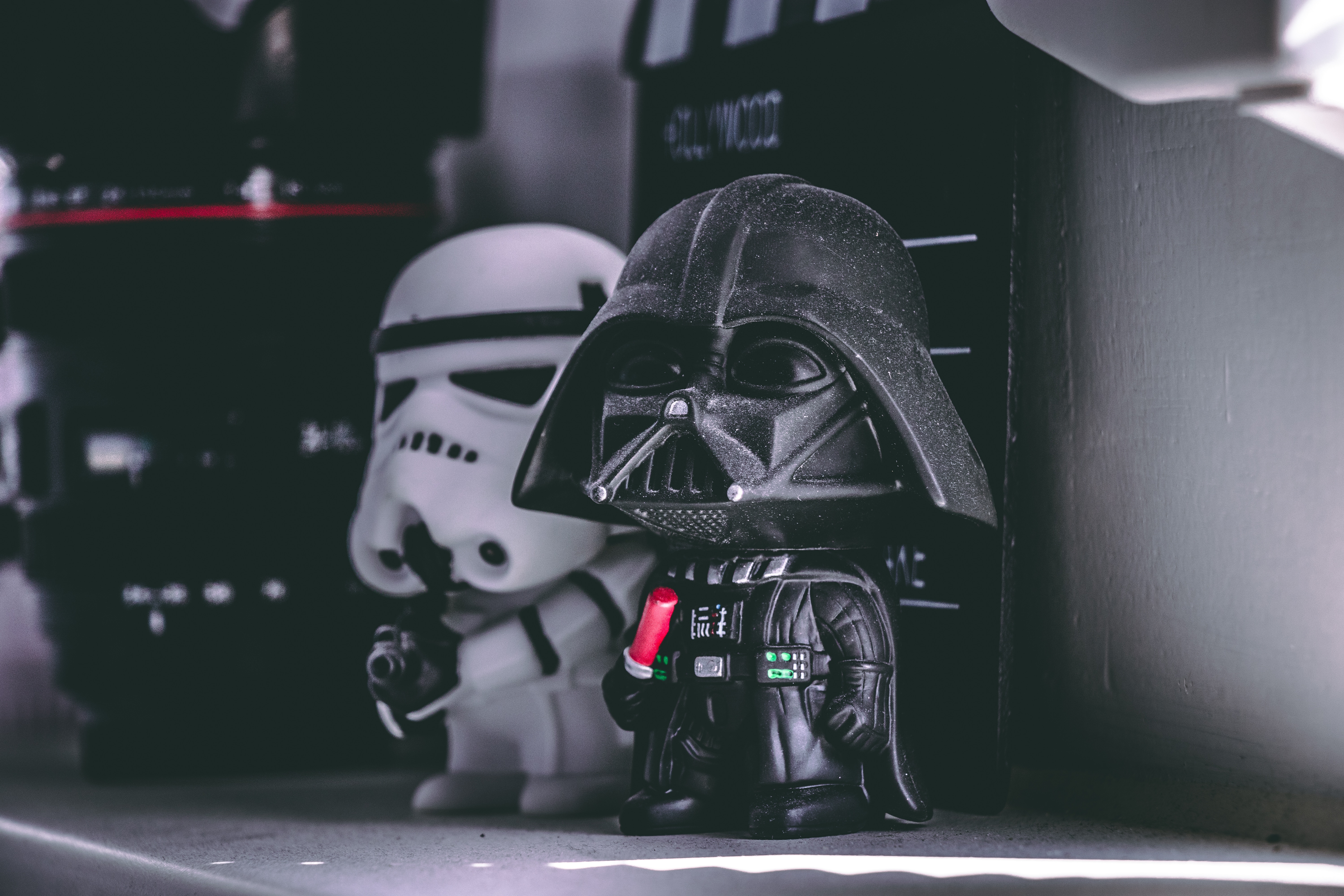 Solo: A Star Wars Story premieres tonight, and some theaters are holding fan events before the screening that will include costume contests.

If you’re considering attending — or even if you’re planning to see the movie at the theaters later on — the following list of costumes on Amazon might pique your interest.

You’ll definitely enhance your experience of the flick with the following Star Wars swag.

This item comes first because it’s so, so great.

As played by Billy Dee Williams in the original trilogy, the likable rogue Lando Calrissian made a regal impression thanks largely to his stylish taste in capes. Donald Glover continues the caped tradition as a young Lando in the new movie.

This beautifully-crafted costume is a mite pricey, topping off at $160, but that cape is just grand, and is ideal wear for waiting in line for a Solo screening.

Look, we get it: Chewbacca is an iconic character, beloved by fans old and new. Maybe it’s his incredible growl (which every character in the movies seems to understand just fine), maybe it’s his pelt.

But it’s summer, and so there’s no way in heck anyone’s going to recommend that you make the scene even at something as important as a Star Wars movie premiere in a full, furry Wookiee costume. Your Chewbacca roar will become not a rallying cry for the rebellion, but a surrender to heat exhaustion.

This comfy and well-reviewed t-shirt will set you back $19.99, and is an excellent way to let your Wookiee flag fly that won’t also have you coughing up furballs.

The new Star Wars movies have included a slew of tough, well-realized female characters that have expanded the appeal of the series among women in the audience.

Decrum has a line of wonderful jackets for women modeled closely to the outfits worn by both male and female characters from the series. It’s especially pleasing to see a brown Han Solo jacket made for women who might be itching to pilot the Millennium Falcon.

The attractive and functional jackets (yes, they have pockets!) range from $99 to 169.99, and should remain intact and suitable for wear to the next few Star Wars movies.

In the very first Star Wars movie Han Solo famously opined that “hokey religions and ancient weapons are no match for a good blaster at your side.”

Given that Solo: A Star Wars Story is basically a heist movie in space, it’s pretty light on Jedi action.

But you may be one of those fans who believe (and they do have a point) that it just isn’t Star Wars without light sabers, the weapons of the Jedi Knights, spinning around and humming.

There are a whole mess of light sabers available of wildly varying quality, but accessorizing with this Darth Vader model is a nice nod to the old school (and the dark side of the Force, of course). It glows red at the touch of a button, makes a spiffy noise upon activation, swings around beautifully, and is yours via Amazon for $39.95.

For those whose very young kids are keeping them on the light side of the Force, here’s a perfect way to honor both the legacy of Star Wars and the precocious wisdom of your children.

There are numerous reasons one might dress one’s toddler as the grand Jedi master Yoda, and all of them are good. If you’re already making the scene costumed as Luke Skywalker it’s completely appropriate — even necessary — to carry your Yoda child on your back. And particularly vocal toddlers may share Yoda’s knack for offbeat sentence construction (“Give me gummi bears, you will”).

Whatever the case may be, this costume comes in newborn, toddler, and infant sizes, giving you both a Yoda robe and headpiece for $29.99.

This item takes Porgs to a whole new level. Of course this thing is temporarily sold out. Everybody wants a Porg for a pet, and thanks to this costume, you can make your pet a Porg.

You are going to coo and scream at how amazing your pet looks in this hilarious and adorable costume.

And your pet will respond with an absolutely bewildered facial expression that will only serve to deepen their complete and utter Porgness.

Priced at just $19.99 for the small or medium size and $22.99 for large and extra large (doberman Porgs!), this item might be essential for anyone whose pet is certified as a service animal — imagine taking your Porg to the movie theater.

Have you picked up any of these items for yourself? Which Star Wars costume is your favorite lifestyle accoutrement? And hey, what did you think of Solo: A Star Wars Story? Sound off in the comments!

Inflation is about 2.2% a year, but it’s faster for things like college tuition, health care and — Halloween spending?

Spending on Halloween is pegged at $9.1 billion in the U.S. this year, up from $2.96 billion in 2003, the first year the National Retail Federation began putting out annual statistics on the topic.

That year, the NRF put out its statistics on Halloween spending on the day of the holiday, reflecting actual sales. In subsquent years, it took on a survey format that polled spenders’ intentions.

This enabled earlier release of the statistics chronicling that the number of people celebrating the holiday has steadily risen.

This year’s survey includes a finding that one third of respondents intended to begin shopping for Halloween in September.

Certainly, starting earlier would allow more transactions to take place, but people are also feeling like spending more due to consumer confidence reaching a 13-and-a-half-year high.

Another factor that keeps getting trumpeted every year: Halloween has gone from being a child’s holiday to one that adults increasingly suit up for.

This year, 48% of adults surveyed plan to wear costumes this year, which is the highest proportion yet. Overall, 69% of households surveyed said they are buying costumes, for a total of $3.4 billion in spending.

This year, 179 million Americans say they plan to participate in Halloween festivities, up from 171 million in 2016.

While it’s entirely possible that the very existence of Halloween statistics is contributing to the increase in spending, the numbers are only chronicling a phenomenon that already started before anyone began making annual tallies.

Readers, what are your plans for Halloween this year? How much more are you spending compared to 2016? 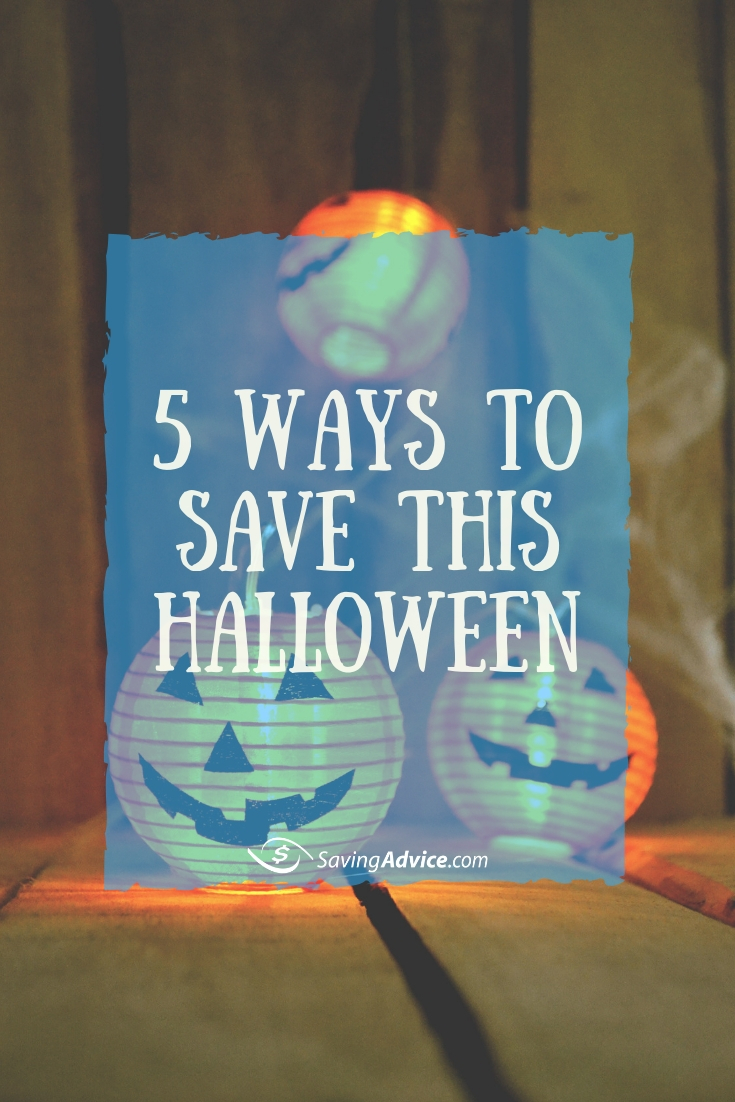 Halloween is surprisingly a huge holiday in the United States. The holiday, which centers around candy, jack-o-lanterns, and costumes, is celebrated by about 64 percent of the American population. Over 41 million children ages 5-14 expect to go trick-or-treating. One of the most shocking numbers is the average American will spend practically $75 on costumes, decorations, and candy for the holiday. In the U.S., consumers are expected to spend $6.9 billion on Halloween this year.

It doesn’t really matter if you’re not the crafty type. Halloween costumes are supposed to be a bit scary or even goofy looking, so try your hand at sewing or do the old “refrigerator box robot” costume. If making a Halloween costume to shed some of the costs of the holiday seems like a possibility for you, check out some awesome DIY costume ideas here.

This goes for absolutely everything! By comparing prices on groceries each week or clothing prices from store-to-store, consumers can save a ton of money. The same goes for Halloween candy prices. Picking up flyers a few days before the holiday and comparing prices at Walmart, Costco, Target and other stores before buying is a smart idea. Also, take into consideration the type of candy you purchase. Chocolate candy is always going to more expensive than gummies or hard candy.

Free events are some of the most fun because, while you get to enjoy an event, you don’t have to spend any money. Free fun is the best type of fun. The week of Halloween is when the freest events are happening. Sometimes local places have a free haunted house, a festival or parade. Some events require a donation like perishable goods or “pay in blood” (a blood donation, of course).

Many people buy a pumpkin weeks before Halloween. However, the best prices on pumpkins are going to be the day before the holiday (Oct. 30). Spend Halloween eve carving and decorating pumpkins for the front porch. You’ll feel better about saving money on the pumpkin and you’ll be able to create a new Halloween tradition of decorating the night before.

Decorations for Halloween can get pricey. However, no one walking up to a house is going to know whether you got your decorations at the dollar store or at the Halloween party store. Get them at the dollar store. You’ll love the decorations simply because of the money you’ll save by buying them for a dollar (or less).
There are tons of ways to save on celebrating Halloween (and many of the major holidays). Consider trying a few of these ways to save on celebrating this year. Your bank account will thank you!