You have too much junk. I feel pretty confident making that statement because I have far less stuff than most people, and I have way too much junk. This became apparent as I was going through stuff as part of my 52 week make money challenge. As part of that challenge, I am hoping to sell some of the things I have but no longer use, in order to make some extra money

. While that’s still a goal, as I’ve been going through the garage I’ve been finding far more things than I realized I had. It’s become obvious that what I really need to do is a major decluttering.

The problem I have with decluttering is the same problem that a lot of people have with saving money. Over the years I’ve formed the habit of saving stuff “just in case,” rather than selling it

or getting rid of it in some other way. It’s a habit that I need to break, and it seems that a great way of breaking it has been staring me straight in the eyes: a 52 week declutter challenge.

Over the next year, I plan to rid myself of 1,378 items from my house. The concept is pretty simple. For each week of the year, I’ll get rid of a corresponding number of things from my home. For example, in week one I’ll get rid of a single item. In week two, I’ll let go of two separate things. In week three, three items would vanish from my house. This will continue until week fifty-two when I’ll remove 52 things from my house. Doing this on a weekly basis will have me purging a total of 1,378 items during the year. I’ve created the handy chart below so that I can track the purging (and you’re welcome to as well), and make sure that I stay on top of the challenge. 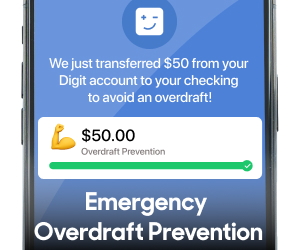 While the standard declutter challenge is a perfectly acceptable way of going about the challenge, I think that I’ll actually do the alternate version. I’ll be getting rid of the same amount of stuff, but this version gives me the option of choosing how much I purge from my home each week. At the bottom of the chart are numbers from 1 to 52, one for each week in the year. Each week, I’ll keep track of the number of things I have disposed of and cross that number off the bottom of the chart. I’ll then write that number next to the week. For example, if I get rid of 23 items in week one, I’d write 23, and then 23 for the total number of items decluttered. Then in week two, if I disposed of 12 items, I’d write 12 next to week two, and then add that 12 to the 23 items from week one, for a total of 35 things removed from the house.

I think this version will give me more flexibility and a greater likelihood of achieving the goal. I know that I tend to be more motivated to tackle clutter at certain times over others, and when I’m in this mood I can cross off the higher numbers. When I’m not as motivated, or when I become extremely busy on other projects, I can purge a smaller number of items. There is a wonderful thread in the forums that has been ongoing for a number of years which is devoted to people explaining what they have decluttered. If you are having trouble trying to figure out where to start and what you should get rid of, then this is a great place to begin. I’m excited to embark on this challenge and reap all the benefits that come with reducing the amount of stuff that I have.

Please feel free to print the charts for yourself if you know that decluttering is something that you need to do this year. If you know someone who would benefit from this type of challenge as well, please pass it along the them. I think this should be a fairly simple and straightforward way to declutter, and I also hope it helps others that need to do the same.