"The passion for money is never fickle." - Mason Cooley 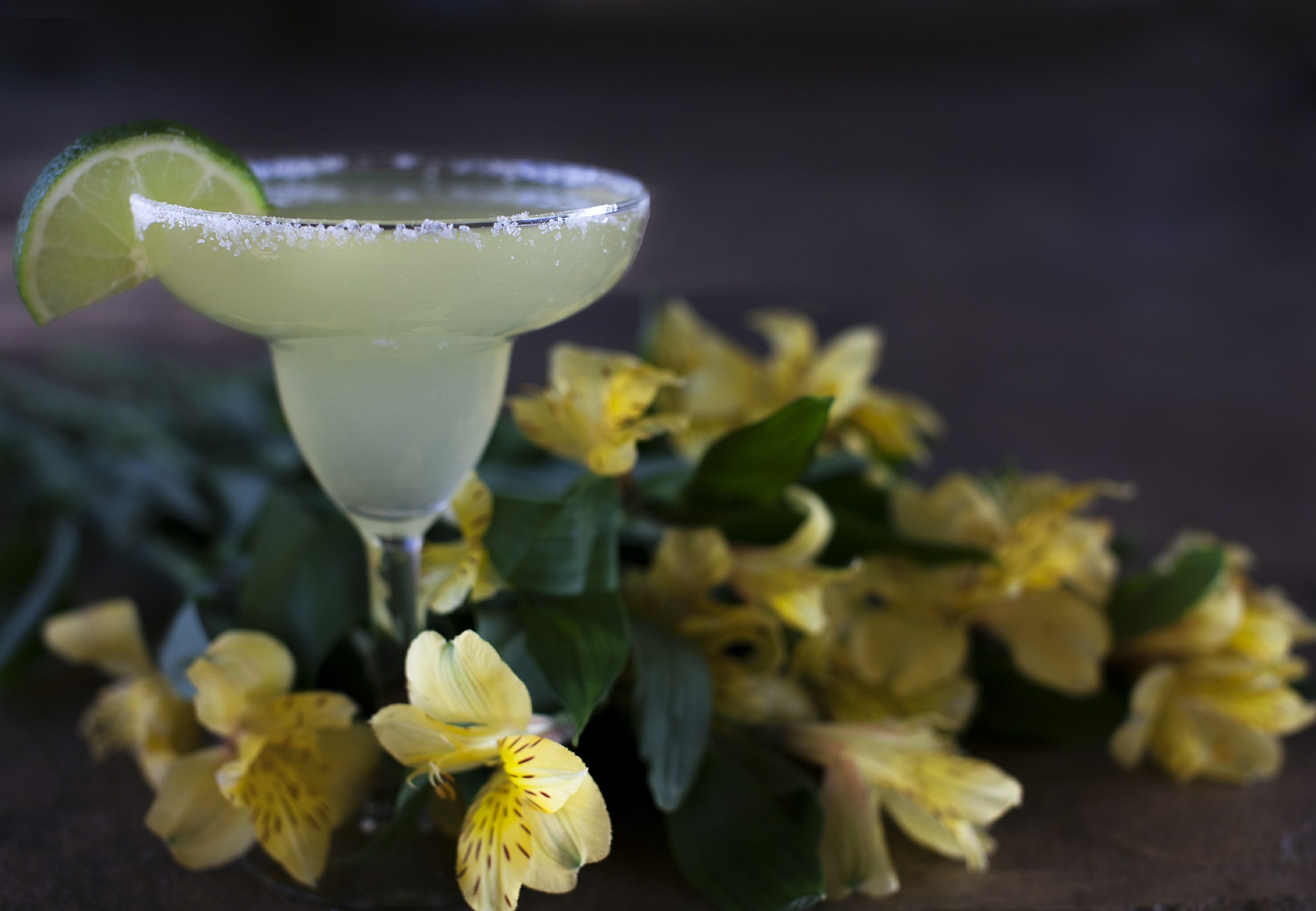 Cinco de Mayo, which falls on a Sunday this year, is a Mexican celebration that recognizes Mexico’s win over France during the Battle of Puebla, which happened on May 5, 1862. While the holiday primarily takes off in Puebla in Mexico, it has gained a significant amount of traction in the United States as well. As a result, many restaurants offer deals and freebies to attract more patrons, and some even host parties and giveaways. Here is a look at some of the most exciting Cinco de Mayo restaurant specials for 2019.

If you can’t get enough of Applebee’s Dollarita promotion, you’ll be happy to know that the chain extended the deal to cover Cinco de Mayo. Plus, you can get $2 Dos Equis from May 1 through May 5.

On May 5, take advantage of the margarita and beer specials at Abuelo’s. For $5, you can get a Grande Mexican draft beer. Plus, some locations are offering a special Flag Margarita – which is green, white, and red – for just $6.95 as part of the fiesta.

During the weeklong “Fiesta Like There’s No Mañana” celebration, which also includes Cinco de Mayo, you can get a classic margarita for just $5. If you would rather take advantage of the create-your-own rum and tequila flights, that will cost you $10.

Just be aware that, if you head to an Ohio or Virginia location, the specials are only available until 9:00 pm. Everywhere else, you can usually score these deals until close.

Many Bar Louie locations are hosting “Cabo de Mayo” parties filled with food and drink specials. In some locations, you can get a $5 Cinco Rita or two tacos for just five bucks. You may also find drink deals on Sammy Hagar’s Santo Mequila, a mix of tequila and mezcal.

If you want to keep things simple on Cinco de Mayo and don’t mind dining in the bar or lounge area, make a trip your nearest Bubba Gump Shrimp Co. Most locations are offering $4 Corona Extras and $1 tacos on May 5.

Throughout all of May 5, California Pizza Kitchen’s that serve the Fresh Agave Lime margaritas are making the drink available for only $5.

On Cinco de Mayo, you can enjoy brunch at Chevys Fresh Mex from 8:00 am to 3:00 pm, including bottomless mimosas. If you would rather eat later, many locations will have deals on beer, margaritas, and shots.

On May 5, Chili’s is offering $5 draft beets, Tequila Trifecta Ritas, and Presidente Margaritas to patrons who decide to dine at the chain.

Head on over to El Torito between 8:00 am and 2:00 pm on May 5 and you can order the brunch special, which does come with bottomless champagne. There will also be $5 margaritas, micheladas, and bloody marys.

If you want to celebrate Cinco de Mayo with a pizza, you can get a large one-topping pizza at Hungry Howie’s for just $5.55. The deal actually runs from May 1 to May 5, so you don’t have to wait for Cinco de Mayo to take advantage of the special.

Joe’s Crab Shack is selling buckets of Modelo Especial for just $20 on May 5. Plus, there will be tacos on the menu.

While the deals will vary from one location to the next, you can head over to the chain on Friday, Saturday, or Sunday for music, ten parties, raffles, drink specials, and all-you-can-eat specials. If you want additional details, look up your nearest Margaritas Mexican Restaurant to read more about its event.

Select Moe’s Southwest Grill locations will be serving up $5 burritos all day on May 5. Plus, if you’re one of the first customers of the day on Cinco de Mayo, you might score a free t-shirt too.

From May 1 through May 7, participating locations are selling all-you-can-eat enchiladas for $9.99.

On The Border locations will have drink specials on Cinco de Mayo, and many will have live music. You can get a $5 Cinco ‘Rita or tequila shots for as little as $3.

From May 4 through May 6, you can get $3 margaritas, $9.99 dozen flauta boxes, and $4 frozen vodka raspberry lemonades at Taco Cabana. Other specials may be available too, though they could vary by location.

On Cinco de Mayo, you can get a Fridays ‘Rita, shot of Patron, or 23-ounce draft Dos Equis for $5 each.

Starting on Friday, May 3, and running through Sunday, May 5, Tijuana Flats has a $5 deal. You can get two tacos, two beers, or one taco and one beer for just $5. Plus, many locations will have music, prizes, and games for patrons decide to dine in.

If you don’t mind dining in, you can get $5 bowls, burritos, and salads on May 5 at Überrito.

Are you heading to a restaurant to celebrate Cinco de Mayo this year? Share your plans in the comments below. If everyone becomes Irish on St. Patrick’s Day, they also become Mexican on Cinco de Mayo. People in America and throughout the world love to celebrate these cultural holidays for multiple reasons. It is fun, you get a taste of the culture and, best of all, there’s usually some kind of deal or freebie surrounding the holiday.

Cinco de Mayo is the day Mexicans use to commemorate an unlikely victory of a battle of the Mexican army against the French at the Battle of Puebla. It is a day where many people, whether they identify as Mexican or not, pause to have a Mexican meal or head out for a margarita after work. Many bars, restaurants and other businesses will be holding deals or specials surrounding the holiday. Are any of your favorite places offering a Cinco de Mayo special?

Moe’s Southwest Grill is offering a free “Cinco de Moe’s” t-shirt to the first 50 customers on Thursday, May 5. Some participating locations will also be offering $5 burritos on Cinco de Mayo.

Tijuana Flats is one place that will be celebrating Cinco de Mayo Thursday and Friday this week. On Thursday, get a Tijuana burrito, chips and a drink for $5.99. You will also be able to get draft beers for $1 and all Happy Hour drink specials will be offered all day Thursday. On Friday Tijuana Flats will continue the celebration with $2 tacos and will continue to offer Happy Hour drink specials all day long.

Many people use Cinco de Mayo as a holiday to have a drink (or five). Don’t risk your life or anyone else’s. You can call (855) 2-TOW-2-GO for a free, confidential tow within a 10-mile radius of your location. You can get this ride without being a AAA member in the states of Florida, Georgia and Tennessee on Thursday, May 5 through 6 a.m. on Friday.

Buy one Burrito El Diablo and get a second free through May 31.

Mad Mex will be starting their Cinco de Mayo celebration at 9 a.m. with breakfast burritos, eggchiladas and cornbread. You will also be able to get all-day drink specials like 22-ounce Dos Equis drafts for $5 and $1 off all Mexican beer bottles and cans. All regular happy hour specials will also be honored.

Get a Cinco Cup House Margarita for $4 as well as Dos Equis and Corona Drafts for $3. There will also be a variety of shots for $2 to $4 on Cinco de Mayo at On the Border. Some participating locations may also be selling commemorative t-shirts for $10.

Tumbleweed Tex Mex Grill & Margarita Bar will be offering $0.99 domestic drafts on Cinco de Mayo as well as $0.99 Twisted Teas. Domestic longnecks will be on special and selling for $1.99.

You can see these and many more Cinco de Mayo deals at GOBankingRates.com. With the plethora of holidays celebrated in the US, it can often be difficult to know if the holiday affects the hours of businesses. One of the most frustrating things that can happen is to go someplace to find that it’s closed due to a holiday that you may or may not have even realized was taking place. With Cinco de Mayo being celebrated on May 5, some may begin to wonder if businesses such as banks, credit unions, and post offices will keep their regular hours, or if they will be closed for the day.

In 2015, May 5 lands on a Tuesday. The good news is that you should be able to go about as you would any other normal Tuesday, and you shouldn’t see much of an affect to business hours due to the holiday. Cinco de Mayo is not a federal holiday, so most businesses, offices, banks and stores will all stick to their normal Monday business hours.

Many people believe that Cinco de Mayo is celebrated to commemorate Mexico’s independence from Spain, but this is actually not the case. The holiday is celebrated to commemorate the Mexican army defeating France at the battle of Puebla during the Franco Mexican war that took place from 1861 to 1867. It’s actually a fairly minor holiday in Mexico, but it has exploded into a huge celebration of Mexican heritage for those living in the United States. In many cities around the US, there will be festivals, parades and a variety of live performances to celebrate.

Banks will be open. Since Cinco de Mayo is not a US national holiday, banks will keep their regular business hours on this day. There shouldn’t be any type of disruption if you’re planning to visit your bank on May 5, and any banking you planned to do on this day won’t need to be rescheduled.

Credit unions will be open. Credit unions, just as the banks, will stick to their normal business hours on this day. If you happen to live in an area where there are large Cinco de Mayo celebrations, you might want to check with your local credit union just to make sure that they don’t close an hour or two early due to the festivities.

Post offices will be open. Since Cinco de Mayo lands on a Tuesday this year, all post offices should be open for business during their regular Tuesday hours. The celebration shouldn’t affect any business that you need to do at your local post office, and mail should be delivered as it usually is.

If you have never participated in a Cinco de Mayo celebration, I would encourage you to take the time to do so if you can. Since the holiday shouldn’t affect your normal Tuesday schedule, get as much done as you can, and enjoy any festivities that are taking place near where you live. Even though it’s not an official holiday in the US, it’s still one that is a lot of fun to participate in and celebrate.