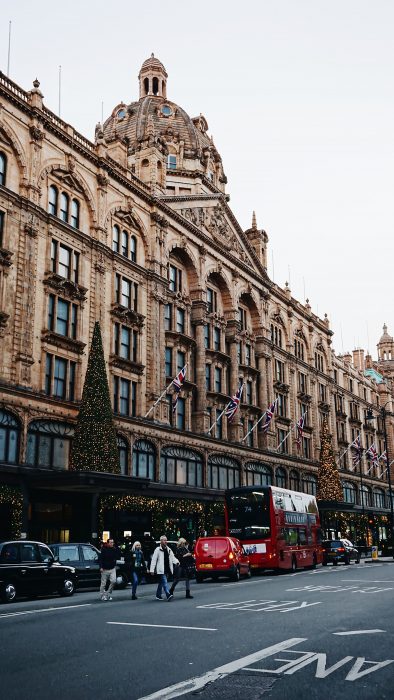 All in all, Americans are planning to cut back on holiday spending this year. About 50% of Americans say they’ll be spending the same amount they did last year, while 22% say they plan to spend less. Of that 22 %, about 34% say that other expenses are taking priority over buying gifts and other holiday-related purchases. Ten percent of Americans say they don’t plan on spending anything at all this holiday season.

The COUNTRY Financial Security Index® took a survey weeks before Christmas to see how most Americans are feeling about their finances at this time of year. What they found is most people don’t feel all that financially secure heading into the holiday season. In fact, the survey found that only 23% of people are saving throughout the year for holiday spending. That’s right – less than a quarter are financially prepared for the holidays.

Doyle Williams, Executive Vice President of COUNTRY Financial said, “We shouldn’t let the magic of the season get us carried away into overspending and making financial decisions we will regret come January. Take simple steps to create a realistic holiday budget that accounts for all of those holiday expenses such as gifts, travel, decorations and entertaining. Then, start fresh in the new year with a savings plan to alleviate some of the financial burden in 2019.”

What is interesting is that millennials are the most likely to plan ahead to be able to afford additional holiday expenses. A surprising 31% of people ages 18-34 save throughout the year for Christmas. Twenty-five percent of millennials planned to work more hours to lessen the financial burden of the holiday season. Another 9% got an extra job to cover holiday spending, 14% sell personal items, and about 8% accept money from family/friends to help.

About 70% of Americans say their largest holiday expenditure will be on gifts. Other major costs like entertaining and travel expenses will only account for 9% and 8% of spending, respectively.

Of the Americans headed out shopping this season, 70% have a specific budget in place. However, 20% say they don’t have a budget amount in mind. About 39% plan to spend less than $250 or no more than $500, while 17% of Americans plan to spend more than $1,000 during the holiday season.

Family members will account for another 19% of spending, significant others (16%), grandkids (13%), friends (3%), and pets (1%). Although many people are in the “treat yourself” mentality during the holiday season, only 7% of Americans will spend the most on themselves.

It is always a good idea to have a holiday budget in mind to keep your finances on track throughout the season. It is important to remember that it isn’t important how big or expensive the gift you give is. What is most important is the thought you put into it.

Consider saving money throughout the year for large holidays and other major expenses. You should also set up a budget and write a list for each present you intend to buy. Don’t go into debt or break the bank celebrating Christmas!

Those large expenses that don’t occur monthly are a big reason why some people end up in debt. Even people who are well intentioned and good at avoiding debt in other circumstances are often caught by surprise by these big expenses. Insurance, taxes, and other bills that are paid yearly rather than monthly are all examples of these irregular expenses. Even Christmas spending can fall into this category if you fail to plan for it. These expenses are easy to forget about because you don’t pay them month in and month out as you do with a utility or credit card bill. So you fail to account for them in your daily budget and then, wham! The bill for $1,200 in property taxes arrives in your mailbox and you think, “Oh, no. I don’t have the money to pay it.”

Most of these big expenses have to be paid because they are usually tax and insurance related. Fail to pay one and you could be in big trouble. What often happens then is that the big expense is put on a credit card. Then, since you don’t have the money to pay it off right away, it sits there and doesn’t get paid off creating a cycle of debt.

The thing about these big expenses is that they shouldn’t be creating debt for you. They’re not the same thing as expenses that you can’t predict, like medical bills, car repairs, or broken water heaters. Those things, while you may have some inkling that you’ll have to pay for them one day, tend to show up unexpectedly. But you shouldn’t be caught off guard by insurance or tax payments. You know they’re coming and you even know in which months they are due.

So how do you remain debt free in the face of large, irregular expenses? It’s simple. You think of them as monthly payments and then you put that much aside each month so that when the big whammy comes, you’ve got the money saved up to pay it. Say your property taxes are $1,200. That works out to $100 per month. So each month, take $100 and have it auto-deposited in a savings account (preferably an online account or one with no checking or debit privileges so that you can’t easily access the money). When the bill comes due you transfer the money out of your special account and pay the bill.

Make a list of every big expense you have. Take the total and divide it by twelve to come up with your monthly amount. In this house we put money aside for car insurance, home insurance, property taxes, trash collection, Christmas spending, and life insurance. This method treats these expenses like monthly expenses in our budget. We revisit the expense list once a year because many of them increase so we have to change our monthly withholding accordingly. By breaking it down into a monthly expense it’s much easier to keep track of and we’re never surprised by a big bill.

One caveat: You may be tempted, particularly if your budget is too tight, to raid this fund when things get tight. You may tell yourself that you’ll pay it back before the big bill comes. Don’t bet on it. Chances are that if you raid that fund you’ll never put it back. Then the bill will come and you’ll be short. Find another place in your budget to get the money from. Cut something out if you have to, but don’t touch this fund. Use it only to pay the big bills.

Yearly expenses don’t have to be a shocker and they don’t have to be a debt creator. Plan ahead and use the divide by twelve method and you’ll never have to put another big expense on your credit card just to get by. You’ll always have the money set aside.