"Money is only useful when you get rid of it. It is like the odd card in Old Maid; the player who is finally left with it has lost." - Evelyn Waugh

can you file your taxes for free 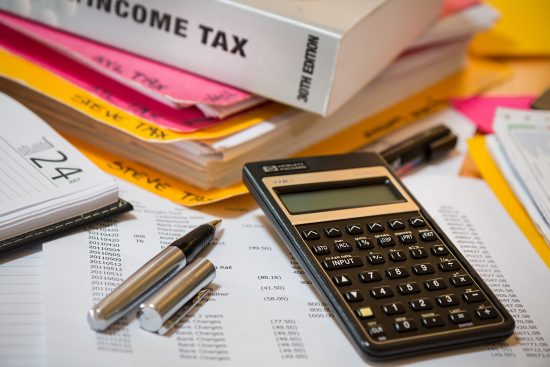 Just in time for Tax Day, Congress is backing a bill that will ban the Internal Revenue Service from creating a free tax filing system. The for-profit tax preparation industry is ecstatic to see this long-sought-after goal finally get attention on Capitol Hill. But what do these companies have to gain when we ban free online tax filing?

Last week, the House Ways and Means Committee passed the Taxpayer First Act. The bill covers a large number of administrative changes to the IRS.

One of the many provisions outlined in the bill will make it illegal for the IRS to create its own online tax filing system. This will help shield the tax preparation industry’s profits. Popular tax filing companies, such as TurboTax, Intuit, and H&R Block, have lobbied for this for years.

In previous years, the IRS hasn’t made it easy for people to file with them (or cheap). The agency could provide even better services than the aforementioned companies with free online systems, pre-filled tax forms, and salary data. However, the IRS just hasn’t put that together for taxpayers. And, now, it may never get the chance to. The new bill would bar the IRS from doing so.

“This could be a disaster. It could be the final nail in the coffin of the idea of the IRS ever being able to create its own program,” said Mandi Matlock, a tax attorney with National Consumer Law Center.

Who Files For Free?

To be eligible to file your taxes for free, you have to make less than $66,000. About 70 percent of American taxpayers qualify to file for free but only 3 percent of eligible people do so.

Critics of the free filing program say the tax preparation companies deliberately underpromote the free services so that they don’t know they are eligible. Or, in some cases, they are upselling paid products versus informing people about their free tax filing options.

Banning the IRS Free Filing Service is a Business Move

There is already an understanding between The Free File Alliance, a private industry group, and the IRS that the IRS cannot create its own filing system. In exchange, the companies offer free services for folks who are eligible.

Passing the bill would solidify that “unspoken” agreement and put it into law. The Free File Alliance has told shareholders an IRS-created software or other IRS systems could pose a direct threat to their business dealings.

Last year, Intuit and H&R Block spent $6.6 million on lobbying related to this deal with the IRS. Not to mention, the House Ways and Means Committee received $16,000 in contributions from the two companies during the last two election cycles.

An H&R Block spokesperson said, “Free File should be the subject of ongoing improvement, and we are committed to working with all parties to strengthen and improve Free File on behalf of the American taxpayer.” The current bill, according to a spokesperson for Rep. Wyden (D-Oregon), is bipartisan and includes priorities of the chairmen and other ranking members.

Before anyone gets too excited about these changes (one way or another), the bill is currently being looked at by members of Congress. While previous efforts to pass similar bills have died out in the past, many people are worried that this may be the year the IRS gets cut out of the free filing game. The Taxpayer First Act, should it be passed, is also aiming to restrict the use of private debt collectors by the IRS to individuals over a certain income threshold.

Readers, what do you think about the potential ban for the IRS? Is it a good thing?