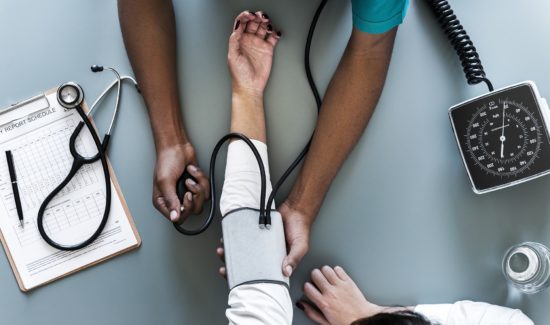 It isn’t the first time the Food and Drug Administration has recalled high blood pressure medicine.  Over the past year, many different medications have been recalled that are typically used to treat high blood pressure. Now, the agency has expanded its recall to include even more medications used to treat hypertension. Here’s what you need to know about the latest recall.

Torrent Pharmaceutical Limited has announced it is recalling a number of Losartan Potassium tablets. These tabs are typically used to treat hypertension as well as patients with Left Ventricular Hypertrophy. The tablets have also been used to treat nephropathy in patients with Type 2 diabetes. According to the recall, the tablets contain N-Methylnitrosobutyric acid (NMBA). NMBA is an impurity that can cause cancer.

Below are the exact tablets being recalled by Torrent and the FDA.

What to Do With Recalled Medication

If you have been taking this medication, you should continue doing so (at least until you speak with your doctor or pharmacist). Discontinuing the use of your high blood pressure medicine could cause some serious health problems. Although it is risky to take, it is much riskier to discontinue treatment altogether.

Instead, call your doctor or pharmacist to discuss alternatives to the medication. You can also contact Torrent Pharmaceuticals Limited directly to report any adverse reaction or ask any questions you may have regarding the recall. To do this, you can call (800) 912-9561. To speak with someone directly, it is best to call between 8 a.m. and 5 p.m. However, you can leave a voice mail 24 hours a day and they will do their best to get back to you within a reasonable time. About 25% of the world’s population struggles with a metabolic disorder, whether it be diabetes, obesity, or high blood pressure. These are challenging health issues many have been working for years to reverse. Fortunately, a new study from the Canadian Medical Association Journal is claiming the famous Mediterranean diet might be the most valuable weapon in combating metabolic disorders.

Spanish researchers studied data from a PREDIMED study, which had a control group of people between 55-80 years old who were at risk of heart disease, and of whom 64% were already affected from a metabolic syndrome. Researchers divided the participants into three groups. One group ate a Mediterranean diet with extra-virgin olive oil, another ate a Mediterranean diet with nuts, and the third group ate a low-fat diet. Participants ate these specific diets for 5 years, and researchers monitored their metabolic health over the course of the study.

Researchers concluded that participants who ate the diets with nuts and extra-virgin olive oil had better success maintaining their health than those who ate the low-fat diet. They had less mid-section fat and better blood glucose. Researchers determined that the Mediterranean diet, in comparison to the low-fat diet, “may be more likely to cause reversion of the condition.”

Unfortunately, this study contains many holes. Asking people to eat one specific diet is a very tall order, so it was no surprise that 25% of participants didn’t complete the study. Researchers neglected to quantify the types of metabolic syndromes that were affecting participants. They only marked people as having “it” or not.

It’s difficult to actually define the Mediterranean diet. Usually described as a medley of vegetables, olive oil, and proteins, the definition lacks specific elements to merit its productiveness. Andrew Brown, a researcher at the Nutrition Obesity Research Center at the University of Alabama is an open critic of the study’s results. “The press release title may just as easily have read ‘A version of the Mediterranean diet with olive oil or nuts may not prevent metabolic syndrome compared to a low-fat diet.'” Brown remarked. “The last thing we need in nutrition is unbounded optimism about particular diets. People seem to be getting a bit disillusioned with grandiose health claims about the influence of foods, diets, and supplements that come out of single studies.”

Yet, regardless if what Brown’s saying is true, there’s certainly no harm in enjoying the Mediterranean diet. The last time anyone checked, vegetables and protein are excellent for maintaining heart-health.