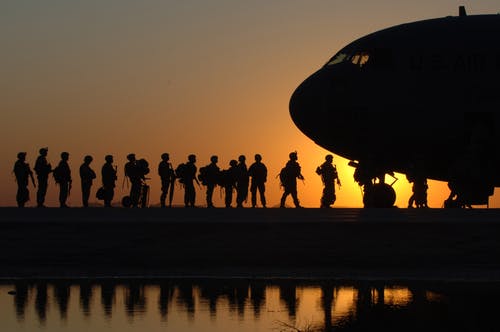 When your military career comes to a close, you are often faced with a tough decision. Military retirees can essentially move to any state in the nation, allowing them to set up their post-military life. Deciding where to go is a challenge for many, especially since every state offers something different. If you are trying to figure out the best states for military retirees and whether one, in particular, is right for you, here’s what you need to know.

Military retirement isn’t always the same as a traditional retirement. Active duty personnel can be eligible after 20 years of service. Suggesting that a person signed up for the military at age 18, they could qualify for retirement when they are 38 years old.

That means many military retirees aren’t necessarily leaving the workforce. When they decide where to retire, they usually factor in job prospects, as many will continue working full-time, potentially for the next two to three decades.

There can also be other forms of military retirement to consider, as well. For example, a person may end up medically retired before the 20-year mark. Depending on the reason for the retirement, whether they choose to pursue additional work opportunities after separating from service could vary.

Choosing Where to Head After Retiring from the Military

Which states are best for military retirees isn’t universal. Each of the situations above could lead to different needs, altering where they may be best off.

Additionally, there are also other factors to consider. Some retirees would rather be near friends and family or in a particular region. If this preference is important, it needs to be part of the decision-making process.

Ultimately, military retirees need to examine the pros and cons of different options. That way, they can choose a destination that will serve them well for the years, if not decades, to come.

3 of the Best States for Military Retirees

One of the biggest reasons to choose Virginia is for federal jobs and defense-related contractor positions. With its proximity to Washington DC and numerous government and military installations, opportunities in those arenas are plentiful.

Additionally, the climate is relatively mild, and housing in certain cities is decently affordable. There’s also access to military bases for medical care as well as VA hospitals in many metro areas.

It’s important to note that Virginia does fully tax military retirement pay. However, if you’re looking for a state with exceptional job opportunities for those with military and defense experience, it’s worth keeping on the table. Plus, sales tax in Virginia is relatively low, helping to offset the presence of an income tax.

If you don’t want to pay state income tax on your military retirement pay, Florida is a great option. The state doesn’t have its own income tax, allowing you to keep more of your money in your pocket.

Florida also offers a great quality of life for those who would like to retire near beaches and in a warmer climate. Additionally, the healthcare services for veterans are fairly accessible. Along with VA facilities, there are numerous military bases throughout the state, giving retirees access to certain clinics and other on-base or on-post amenities.

Defense contractor and federal positions are also widely available in Florida. This creates career-oriented opportunities for those who aren’t leaving the workforce.

When it comes to state income taxes, New Hampshire only levels one on dividend and interest. That means, by and large, your military retirement pay isn’t going to be taxed.

Additionally, the state has a surprisingly high number of defense contractor positions, something that may appeal to military retirees who aren’t leaving the workforce yet. The state doesn’t have a sales tax, either, which makes daily living more affordable.

Housing itself isn’t necessarily incredibly expensive in New Hampshire. However, the property tax rates are some of the highest in the nation. But, since there isn’t income or sales tax to contend with, that isn’t necessarily a major financial burden as it is offset by savings in taxation.

Ultimately, all three of the states above are top contenders for anyone retiring from the military. However, they each come with pros and cons. It’s wise to consider your unique needs and preferences as you make a decision. That way, you can head to a state that offers everything you require and is a place that you’ll enjoy long-term.

Can you think of any other states that are great for military retirees? Share your thoughts in the comments below.