"I am opposed to millionaires, but it would be dangerous to offer me the position." - Mark Twain 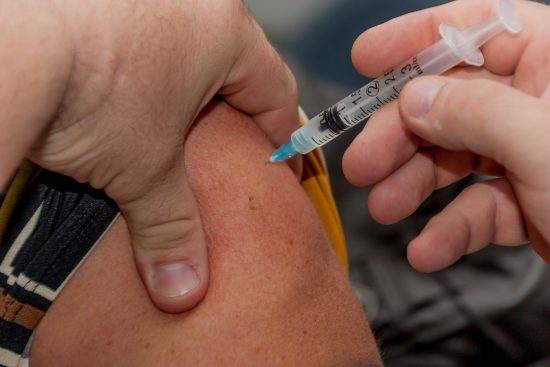 As you travel south toward Orange County, California, the homes you see become larger and more expensive. Unsurprisingly, these homeowners are wealthier than their northern counterparts. Look through the medical records of the wealthiest families’ children and another trend becomes apparent, a more dangerous one that might endanger children far beyond this enclave.

As Matt Zahn, medical director of Epidemiology and Assessment for the Orange County Health Care Agency told The Guardian, “The rate of immunization falls as you go north to south. It tracks the socioeconomic statistics in the country.” For example, at the Capistrano Unified school district, the Guardian reports that 9.5 percent of children are not fully vaccinated because of their parent’s beliefs, as opposed to 0.2 percent of kindergartners at the nearby and poorer Santa Ana Unified district.

In another article about the relationship between wealth and non-vaccination rates, The Atlantic published that in some schools, up to 60 to 70 percent of parents have filled “personal belief exemptions,” which rivals a vaccination rate as low as Chad or South Sudan.

However, those parents who choose to exempt their children from receiving vaccines are doing more than asserting their “personal beliefs.” The article in The Atlantic emphasizes that, “Vaccines work through herd immunity. A community can only be protected when 92 percent or more of a population is immunized…” As can be easily seen in Wikipedia infographic, when a critical portion of a population is vaccinated, it prevents the spread of illnesses, which is especially important for individuals too young to be inoculated, or with medical conditions that “make vaccination risky, as well as the few who receive the vaccine but don’t derive immunity from it.”

This information proves essential in light of the ongoing measles outbreak that started at Disneyland, with 51 confirmed cases; all of the infected individuals had not been vaccinated for the disease. Already, the nation has seen a 350 percent increase in the measles caseload, which according to U-T San Diego has intensified the controversy surrounding those parents who exempt their children from vaccination.

When the nation began routinely inoculating children with the measles, rubella and mumps vaccine, measles was no longer considered a public health role. However, a 1998 publication (later discredited and retracted — it’s clear vaccines are safe) stating that the ingredients of vaccines are linked to autism, sparked hysteria among some parents, and activated the anti-vaccination movement. As the number of autism cases also began to rise, some parents, most notably former porn star Jenny McCarthy, began to speak out (very loudly) against vaccination, which she blamed for her son’s own case of autism. Though that 1998 paper has since been retracted and discredited, the anti-vaccination movement is thriving and the number of non-vaccinated children continues to increase, especially in California and Oregon.

Barbara Loe Fisher, director of the National Vaccine Information Center, an anti-vaccination organization, told U-T San Diego that she distrusts healthcare practitioners’ claims about the importance of vaccination. She told the publication, “We do not truly understand the scope of vaccine injury…We need to give respect to parents who are trying to do the best for their children.”

But health care providers and scientists disagree with her perspective and consider it even dangerous. As discussed in an L.A. Times editorial, the Disneyland outbreak (which is already spreading beyond Orange County) serves as an important reminder of what we stand to lose if even a few individuals behave irresponsibly.