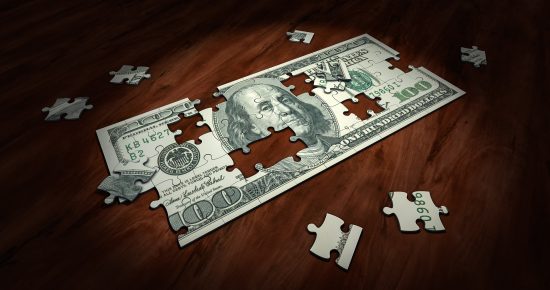 Have you ever opened up your wallet to find your cash has ripped from over-folding? With my compact wallet, this is a constant struggle. You could also have run into the issue of a ripped corner or two, or maybe an entire section has torn off due to a rogue child getting into your purse. This always leaves one wondering if they can even use this torn up mess. Well, I’ve got some good news for you: The answer is yes. There are a few stipulations, but in a general sense, you can absolutely pay using a ripped dollar bill.

In order to use damaged paper currency, at least 3/4 of the bill needs to be in tact. In addition, the entire serial number must be visible on at least one side. If you do have the other section of a bill that was ripped in half (or close), get some scotch tape and adhere them together. This will help whomever is receiving the money confirm that both sides have the same serial number. You may get some extra attention for just going ahead and using your messed up cash, but at the end of the day money is money. It would be foolish to waste it just because some cashier may find it to be a little extra trouble.

Exchanging at a Bank

Another option, for those who want to avoid any hassle, is to bring the bill to a bank to exchange it for an in-tact one. In order to do this, you must have at least 75% of the bill in one piece, and a visible serial number. Again, the tape trick will also make it easier for you to pull this off if you don’t quite have the whole 3/4 of the paper. This is a good way to make sure you don’t hold up any lines at the gas station trying to offload your torn bills.

For bills that are a little too far gone, you can make a Mutilated Currency Claim. For these, at least 50% of the bill must be recognizable as US currency. Other stipulations are written on the website, and are subject to change. This is the long route, but if it is a larger bill that you’re after, it may be worth it.