Did you think the IRS was going to let you escape the joy of filing your annual Form 1040 just like that?

Who Has to File an Annual US Tax Return? 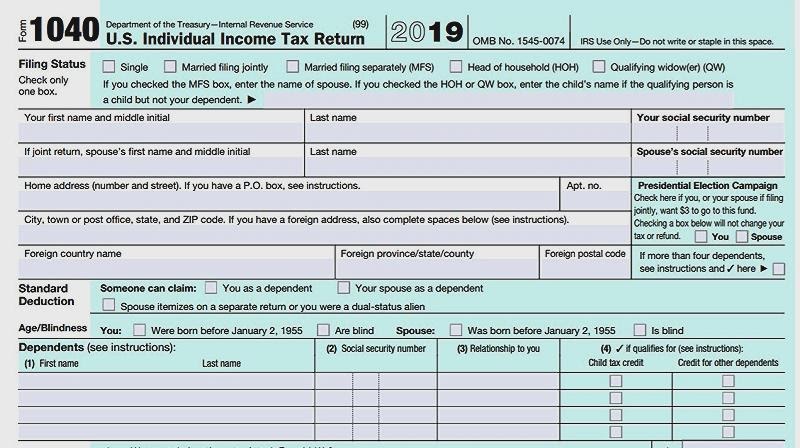 Pretty much every American ex-pat must file an annual Form 1040, exactly the same as you used to at home. The IRS is remorseless in pursuing non-filers. 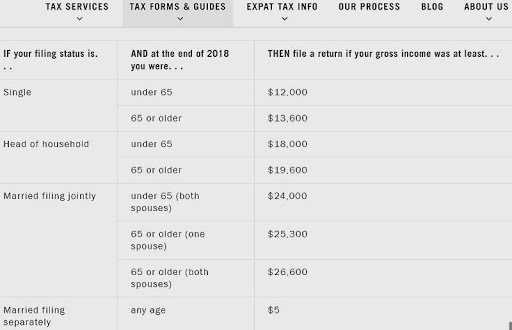 You might think that paying tax in the UK would be enough, and you probably won’t have to pay any American federal taxes. However, the IRS insists that you send them a tax return if your pre-tax income is higher than the appropriate line in the table above.

What Do You Have to Tell the IRS?

Your Form 1040 is only the beginning: You also have to send them details of all your non-US bank accounts.

The Bank Secrecy Act (BSA) gives the Department of Treasury the authority to collect information from United States persons, including ex-pats, who have financial interests in or signature authority over financial accounts maintained with financial institutions located outside of the United States.

The BSA requires that a FinCEN Report 114, Report of Foreign Bank and Financial Accounts (FBAR), be filed if the maximum values of the foreign financial accounts exceed $10,000 in the aggregate at any time during the calendar year

You must also fill in and send Form 8938 Statement of Foreign Financial Assets (FATCA reporting) as an attachment to your Form 1040.

Joshua Ashman (CPA) also tells us that there are many other forms you need to send if you have investments or other financial activities outside the US:

Form 5471: must be filed by certain shareholders of foreign corporations

Form 8621: must be filed by certain shareholders of passive foreign investment companies (such as foreign mutual funds)

Form 3520: must be filed to report transactions with foreign trusts (including foreign pension plans treated as foreign grantor trusts) and receipt of certain foreign gifts

Form 8865: must be filed for each controlled foreign partnership in which the taxpayer is a 10% or more partner

Some US states are reluctant to change your status as a taxpayer, so you must also file state-level tax returns until you can convince them that you have moved away and cut all ties with the state. Most notable in this regard are; California, New Mexico, South Carolina, and Virginia.

When are the Deadlines?

Your deadline at home was 15th April following the end of the calendar year. Your deadline as an ex-pat is the same, 15th April. Any tax that is due and that is unpaid at that date is subject to interest.

Penalties for late or non-filing are pretty hefty, so it is worth your while to get your paperwork in on-time.

What if You Have Missed a Deadline?

It will always cost less to file late than not at all, so get it done sooner rather than later.

If you have just realised that you should have filed last year and the years before that. Don’t panic.

The penalties for non-filing of foreign bank information are especially horrendous at $10,000 per account per year, but the IRS will forego any penalties if you apply for forgiveness under their Streamlined Procedures. You still have to send them three years’ tax returns and six years’ FBARs, but you pay no late filing penalties, and you don’t have to send  1040s and FBARs going back to the year dot.

In recent years, the IRS has made it clear to taxpayers that it is more interested in disclosure than in punishing late filers or non-filers. Back in 2014, the IRS expanded the Streamlined Procedures, allowing taxpayers to participate if they can explain in a written statement how their delinquency was not intentional.

The IRS has long arms and will come after you if you omit to file. It might not be this year or next year, but they will come.

As an American, you must file annual tax returns with the IRS and some states’ tax authorities, even if you have lived abroad your entire life, and even if all your UK income is taxed at source by HMRC.

You have until 15th June 2020 to file your 2019 Form 1040 and associated declarations. Penalties for non-filing should give you an incentive to prioritise the task over the coming months. Good luck.