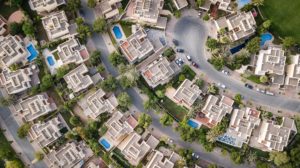 Amazon’s HQ2, its new headquarters, is boosting real estate prices in Arlington, Virginia. Amazon planned on opening two new campuses on the east coast, both in Queens, New York and in Crystal City, a neighborhood within Arlington. However, after protests in New York, and Virginia being deemed the best state for business in 2019, Amazon decides to only open the Virginia office and expects to add 25,000 jobs there. The other 25,000 originally planned for New York were spread over its various campuses.

As employees house hunt, they will find prices have increased by $200,000 in just a short period. July is usually a slow real estate month, but house hunting rate has increased. There are more views and likes on rental websites and applications for the area. Also, there is an increase in active listings and bidding wars. Homes are selling for more than the asking price. It sounds like a great deal for homeowners looking to sell, but what about the owners looking to stay?

Overinflated home value is already an issue in the Washington, DC metropolitan area. A suburb of DC, Crystal City, is home to government commuters, politicians, and some celebrities. Some employees move an hour or more out for more affordable housing. As home prices increase, so does the cost of living and rental rates. In Seattle, Amazon contributed to all of these things. The city has the third-largest homeless population in the country. 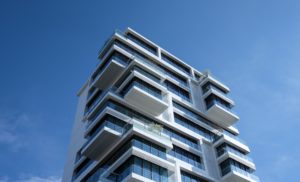 Seattle is now one of the least affordable cities on the west coast, and thousands of apartments are being built to combat that. However, the rent is about $2,400 on average. The national average as of January 2019 is $1,420, based on RentCafe’s annual report.

Another significant problem with the headquarters is traffic. Subway lines have been extended to accommodate the growth, but it may not be enough. The Washington Metropolitan Area Transit Authority (WMATA) system is usable but may not be able to handle the influx of daily travelers avoiding the highways once HQ2 is up and running. In Seattle, the city had to add buses to handle the surge in public transportation use. Amazon began shuttling employees to the suburbs in unmarked vans to reduce the strain.

All of these concerns led New Yorkers to protest the other east-coast headquarters that Amazon was planning but has since canceled. There were reports that cities shouldn’t just look at the jobs and taxes but also the negative impacts hosting Amazon could have.

Amazon owns all the prime business real estate in downtown Seattle, covering around 40 buildings. It rents space to local businesses in Seattle to try to boost the local economy. It encourages its employees to skip the cafeteria by keeping it small so they can enjoy the nearby restaurants. There are also numerous food trucks available. However, they also make the restaurants stay open late, even when the demand isn’t there. In some cases, the restaurants barely break even. And the fare has to cater to the employees’ tastes, or they won’t last long.

It is too soon to draw any conclusions of the effect Amazon will have on Crystal City. Hopefully, the company has learned from its experience in Seattle.

Was Amazon Prime Day a Success for Other Retailers?