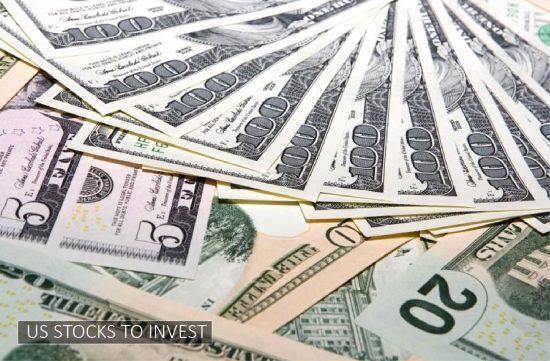 US stocks had its peak reportedly gaining double digit growth in early 2018 till September. However, the trend took a steep shift by falling in to the bear market territory at the latter part of 2018 with the economy slowing down yet keeping the upward trend. This was slightly corrected by skeptical investors hoping for a positive USA – China Trade Deal which is still to hope for.

Conversely much the volatility possesses in the US Stock market, there is elevated opportunities rising in Wall Street which had being under close watch of International Stock Brokers aiming to grasp the bargain stocks at highly competitive prices. Modern day advancements of E-Commerce Trading Platforms have evolved traditional investor thinking patterns to broader globally conversed offshore trading. This is being facilitated through offshore trading training support rendered by renowned International stock brokers worldwide. A growing demand is notable to learn offshore trading by keen Investors as local economies of countries are plunging down or saturated while Investors turning table to broaden their Investment scope through Investing in overseas stocks, especially in countries like United States where Economies and Production are increasing at a sustainable rate.

The demand for International Transportation is ever increasing had resulted in American Airlines Revenue per Available Seat Mile (RASK) at a healthy level. Thus the Global Crude oil price falling to 52 USD had in fact affected positively to P & L of AAL. A flow of positive cash inflows can be expected in coming quarters thus Investor confidence is too on a rise. Many International Stock Brokers have issued “Buy” Signals following the enhanced performance by AAL.

As the famous saying goes “There’s one in every corner”, Starbucks is under rapid growth especially beyond US shores. Their strategy had emphasized much on Asia Pacific Region. The recent rapid expansion of more than 250 stores would increase Starbucks market presence thus would support the bottom-line with much additional cash inflow. As suggested by analysts, Starbucks remains as one of the top picks in 2019.

One can argue that Social Media is becoming saturated but not for the US giant FB. Constant innovation with 2.2 Billion Users across globe and vertically innovating Geo Centric and Target market centric advertising tools keeps FB floating with strong cash inflows. Many International Investors are still bullish on FB’s potential entry in to online dating which would harness more revenue.

Johnson & Johnson being the leader in consumer goods category is unarguably the strongest in most of the categories. Their capitalization in Pharmaceuticals, Consumer Goods and Medical Services together gives immense strength through synergy while making the firm an absolute cash flow. It has being flagged as a Blue Chip stock over years and years and performance has always up to par. It still remains as the best stock to buy in 2019 and would be one of the most attractive to International Stock buyers considering its vast diversification across globe.

Apple still remains unbeatable in its innovation and as the industry leader of being sophisticated in their product designs. Apple had successfully ventured in to generating ancillary revenue through related services through related diversification creating additional revenue streams through offerings such as ITunes, Appstore, and ICloud which have supported Apple bottom line exceeding expectations.

According to Forbes, Oneok is a well differentiated energy company and one of the major midstream service providers in the U.S. The Company holds and functions a leading natural gas liquids (NGLs) system and is a leader in the gathering, processing, storage and transportation of natural gas. According to Forbes OKE’s operations include a 38,000-mile integrated network of NGL and natural gas pipelines, processing plants, fractionators and storage facilities in the Mid-Continent, Williston, Permian and Rocky Mountain regions.