"To have little is to possess.To have plenty is to be perplexed." - Lao-tzu 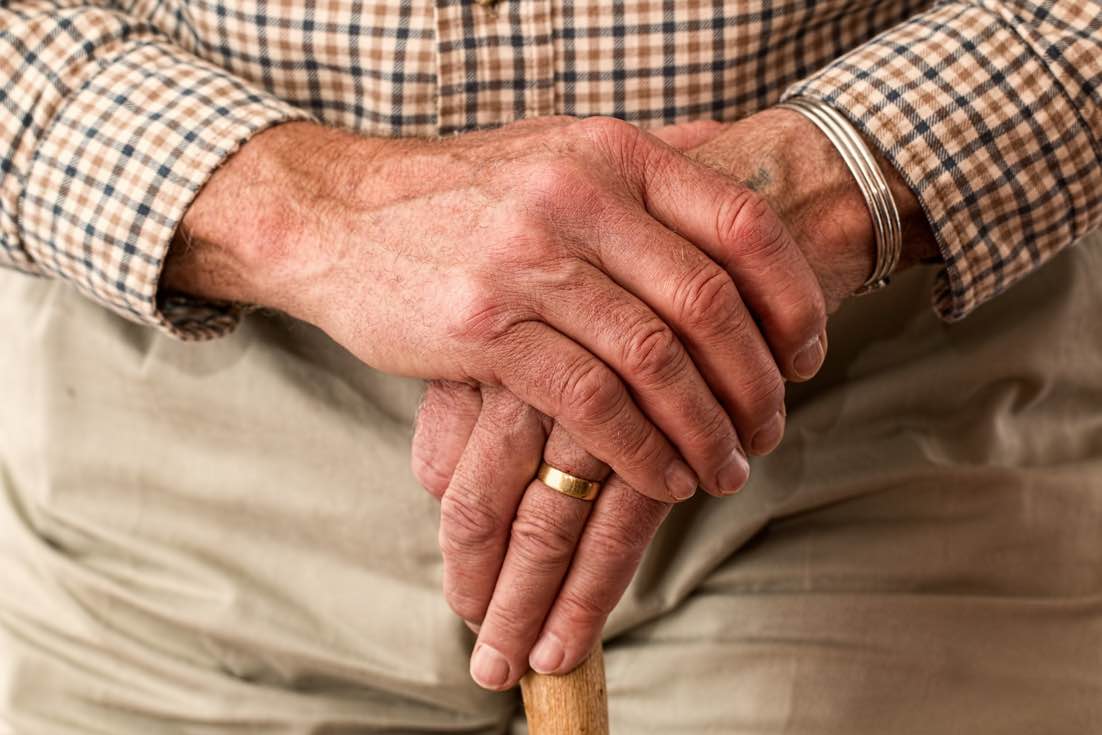 Although economic growth and incomes are up over the past year, average retirement savings are worse than ever. A recent study that analyzed savings data shows that the typical American household is woefully unprepared for retirement.

At first glance, the average retirement savings for American households looks reasonable at over $160,000. However, the median tells a much different story. The average value is skewed much higher by the ultra-wealthy. By using the median value, we can see how the typical household is doing. It’s not pretty. 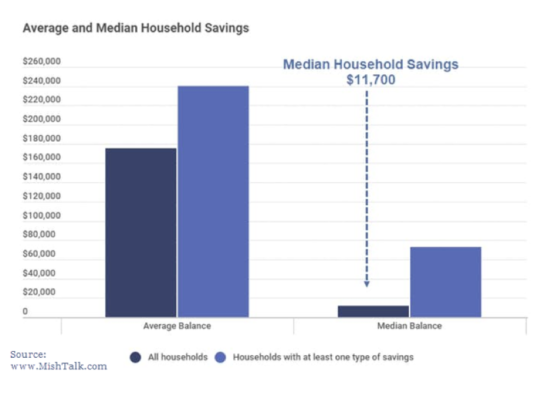 The median value for the average retirement savings in American households is only $11,700. This means that half of these households have saved less than this amount.

Save Early, Often, And To A Tax-Deferred Retirement Account

You may have heard it before, but the key to having enough money in retirement is to start saving as early as possible. But most people have no idea how much they need to save in order to retire when they want. Some even think they can retire early, but have never run any numbers to confirm that this is possible.

There is also the problem that many Americans are not even saving to a tax-deferred retirement account. This is costing some people thousands of dollars over time and can completely change their retirement picture.

Not so sure? Here’s how important it is to save to a tax-deferred retirement account early and often.

I used the WealthTrace Retirement Planner to look at a case study. I set up a plan for a couple that is 32 years old and saves $4,000 per year, all to taxable accounts which have a current balance of $8,000. Their asset allocation is 75% in stocks and 25% in long-term bonds. They want to retire when they are 67. Their projected annual spending in retirement is $58,000.

I generated a retirement plan for this couple and saw that they are projected to run out of money by age 75. This is a serious problem for them and it means they are not doing enough to shore up their retirement. 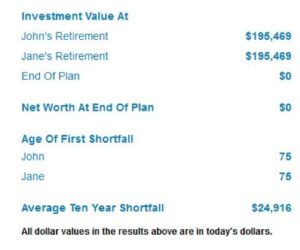 Why Average Retirement Savings Run Out Of Money

This couple is in serious trouble and there are three main reasons why.

This couple should also be taking more risks given their young age. There is no need for them to be 25% in bonds for retirement. They should be more like 90% in stocks and 10% in bonds. Stocks always outperform bonds over a long enough time horizon, and this couple has 35 years until they retire.

They should also do everything they can to save more money for retirement. I found that if they boost their savings up to just $7,000 per year instead of the $4,000 they currently save, they wouldn’t run out of money until they are 110 years old.

Save For Retirement Every Paycheck

Everybody should be auto-depositing at least some of their paycheck for retirement. That way you don’t even see the money and there is less of a temptation to use it. Saving with discipline is so important over the long run. It also should go without saying that if your company offers a 401(k) plan you should contribute at least up to the maximum amount where your company matches your contribution. These company matches are free money, and you should utilize it as much as possible.