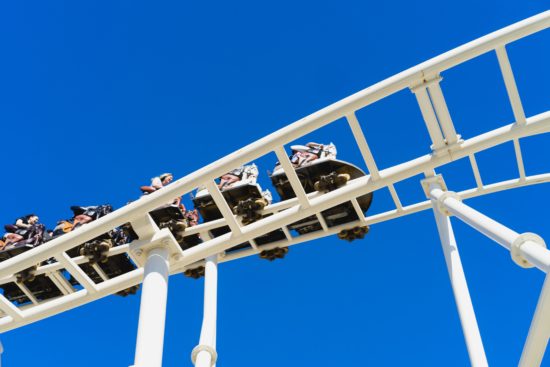 Costco is a go-to spot for discounted wholesale everything. From clothing to food, to cleaning supplies, and even vitamins, Costco seems to have it all. So, you probably wouldn’t be surprised to find out there are discounted Costco Disney tickets, among other tickets to be had.

Below are some of the best-discounted ticket deals at Costco.

Costco locations in California may have this in-store. However, they are available online to all Costco members. Get 2 general admission tickets for $84.99 or a Gold season pass for $79.99. Considering a one-day admission to the park normally runs $47, this isn’t a huge deal as far as general admission goes. The Gold season pass is priced at $107 though, so buying that at Costco will save you $27.01 per pass.

If you have children, you may be interested in this Costco deal. Get two annual passes to Castle Park water park for $79.99 with your Costco membership. Premium season passes normally cost park goers $49.99 each.

In states where Disneyland and Disney World parks are located, you can purchase annual passes at Costco for a discounted price. In previous years, Costco charged around $330 for an annual pass. When compared to the $95-per-day charge most tourists pay, Costco is offering a great deal.

The pass purchased from Costco also offers a 10% discount on food and merchandise at the park. It is important to keep in mind that Disney tickets purchased at Costco are subject to blackout dates.

Similar to its Costco Disney tickets deal, Costco offers Gold annual passes to Universal Studios Hollywood for just $239.99 (regularly priced at $309). Costco members can grab a three-visit ticket for $129.99. Single-day admission can cost as much as $124.

Explore Your City With Costco

GO cards are also on sale at Costco. GO cards generally allow you access to the city’s best tourist attractions, museums, theme parks, etc. You can choose what is included in the package, so prices may vary. However, prices for a 4-day GO Los Angeles card with Universal Studios start at $189.99 – which is a great deal. The company also has deals for trips to San Diego, Oahu, San Antonio, and San Francisco. Depending on the activities you choose, these “all-access passes” to the city can cost as little as $55.

You can also get discounted tickets for LEGOLAND Florida and California through Costco. A 3-day resort hopper pass for the California park is $104.99 (normally $130+ per person). Two-day park and water park combo tickets for the Florida location are $99.99 (regularly $112.49).

Members of Costco can get a premium season pass to SeaWorld Aquatica for just $69.99. These cost non-members $80 each.

Wet N’Wild Palm Springs works with Costco to offer members two general admission tickets for $47.99. The regular price of a single-day admission ticket is $39.99. Members get a considerable discount at the park’s Phoenix location as well – $54.99 for two tickets that would normally cost $81.98.

In addition to the deals mentioned above, it is not unusual for Costco to carry tickets for large local events, locally-owned establishments and parks, and other regionally-specific deals. You can also get deals on movies and rentals nearby.

Believe it or not, Costco Disney tickets aren’t the only great event or attraction discount the retailer is offering. You can score great deals on bulk movie tickets through Costco too. The retailer offers 10 tickets for $89.99 (AMC and Regal) and $84.99 (Cinemark). You can also get packs of four movie tickets between $33.99 and $35.99.

Costco actually sells a set of 10 Redbox rental codes. It can be a great gift for someone who enjoys a movie night at home. You can 10 codes for $16.99.

These are just a number of Costco’s ticket deals available online at any given time. Visit your local Costco for information about specific theme park ticket discounts and travel deals available to you.

Readers, have you used Costco to purchase tickets before? What was your experience like?