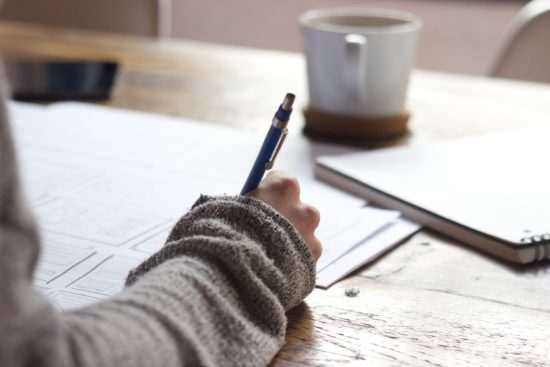 The path to saving for college can be long and exhausting. You’re expected to save an outrageous amount of money for each child and to do so over the uncertain 18 year period from when they’re born until when they arrive at college. It’s hard to figure out how to save, where to save, and even how much to save. College tuition is increasing at unprecedented rates and will be in a completely different ballpark by the time kids actually get to college. There are ways to prepare yourself for the inevitably high tuition costs, and concrete steps you can take to soften the blow.

Key tips on saving for college:

The earlier you start to save for college, the more your interest will compound and easier it will be to reach your savings goals. It’s hard to look so far into the future, but if you devote the funds early, you’ll thank yourself later.

Steady deposits into a dedicated college fund (such as a 529 plan) are a good way to set yourself up. Still, it’s important to set a reasonable goal so that you’re not overextending yourself. You don’t want to severely compromise your current financial situation too much for the sake of future tuition expenses.

Check out how financial aid is calculated and awarded

Federal financial aid is given through the Free Application for Federal Student Aid, or FAFSA,  which is awarded in part based on expected family contribution (EFC). This is calculated using family income, social security benefits, and assets, along with other factors. It’s wise to take a look at how your finances fit into the EFC calculator and see where you stand and your kids stand on potential aid awards.

It’s never a bad idea to start helping out early, given extracurriculars and sports aren’t completely disregarded. Kids can chip-in by working part-time and during the summer in both high schools, and then in college through work-study programs.

There are a variety of government plans out there to help you save for college. Many provide tax benefits in exchange for some (often strict) rules on how you can use the money you’ve deposited into those special accounts.

529 plans are a very popular way to save for college. In short, they provide tax-free status to your savings until the money is withdrawn, after which it’s taxed at the student’s (ostensibly) low tax bracket. The money invested in a 529 can only be used for college tuition and some select related items such as supplies and textbooks. There is a 10% penalty for using the money for another purpose and it’s also then subject to income tax.

529 plans are available in 41 states and are run by each one independently. As such their specifics vary across state lines, but they generally function in a similar way. There are even states like Pennsylvania and Maine where you can hold 529 accounts and not reside within those state.

In a college savings plan, your money is invested in stocks and bonds throughout its time in the account. It will grow at a tax-free rate but will be subject to economic and financial market volatility. If you don’t want to incur such risk and are planning on paying in-state tuition, you can opt for a prepaid tuition plan.

What makes 529’s so popular, besides their tax-exempt status, is their relatively high contribution rates. That is, in this case, the amount of money that can be directed towards that account that will remain tax-free given it’s used for its conceived purpose. Though it varies by state, max contribution rates on 529’s usually hover around $300,000 per beneficiary. You have to be careful though, you have to spread out the payments or they’ll incur a gift tax.

Once it’s time to apply for federal aid, the total amount in the account will be assessed at 5.64% in the EFC calculation. So if you have $10,000 in your account, $564 will be included in your assets when calculating EFC. This may impact your aid eligibility, yet these terms are generally quite lenient in this regard.

One of the most important things to take into account when opting for this plan is its strict rules and restrictions. As previously explained, penalties for deviated funds outside the tuition of the person who it’s intended for can be steep. This includes restrictions on using the money for someone else’s tuition, and for related purchases that aren’t considered within their range of acceptable charges.

Prepaid tuition plans are a great option if you’re planning on paying tuition in-state. It allows you to pay for college credits in advance for a particular state’s public university system at a preset price today. This is useful given the nearly guaranteed sharp increases in tuition prices over the next couple of years.

However, if your child opts for another state or a private school, you won’t get the full value of the tuition credit back and you’ll be forced to pay 10% on the principle you invested plus the low interest it has acquired over time.

You can choose to have both a 529 and a Prepaid tuition plan to help pay for college. A mix between the two can be a great way to take advantage of both plans.

The Education IRA is an older, scaled down version of the 529. It allows for a $2000 yearly deposit into a tax-free account and follows many of the same rules as the 529. One key difference is that you must be within the income limit to qualify for this kind of plan, which leaves many families unable to take advantage of it. Also, this is an investment account, which means that it will be subject to market volatility just like any other account of this kind.

The Uniform Gift to Minors Act and the Uniform Transfer to Minors Act allow an adult to deposit funds in an account for the benefit of a minor until the time that he/she is of age. What this basically means is that the money deposited will be “owned” by the adult, until the minor turns 18, after which the funds will be “gifted” or “transferred” to them.

There are some tax benefits to this account: The first $1000 is tax-free, and another $1000 is taxed at the student’s tax bracket. The rest is taxed at the adult’s bracket. This gives some basic tax incentives but has the drawback (or benefit, depending on who you are) of not having spending restrictions. So a minor could choose to spend it on their college tuition, or anything else they can come up with. It’s technically their money once they turn 18.

There many ways to start saving for college, and special plans that help you to do so. The important thing, in the end, is to get help from as many places as you can and plan out your savings strategy in advance. If you know where you’re headed, you’ll have a much better understanding of what it is you need to do right now to get there. Take advantage of the resources out there, of which there are many, and start devoting money towards a tuition fund as soon as you can.