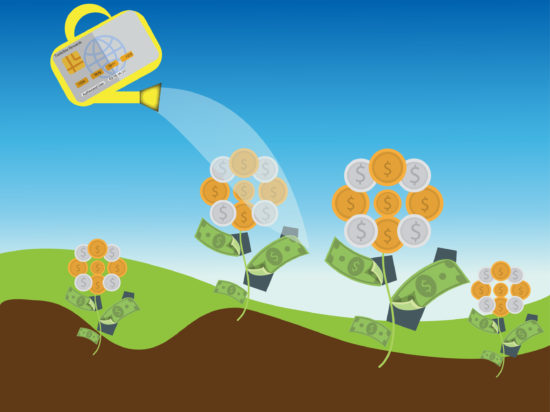 A couple years ago a highly respected friend of mine introduced me to the idea of selling “tradelines” for some side money.  (For those of you who don’t know, tradelines are mainly just credit cards whereby you get paid to add someone to your credit card as an authorized user strictly for credit boost purposes.  The authorized user does not get a credit card, does not know who you are, and does not get to spend any money at all.)

I, myself, am a real estate broker and investor so having perfect credit is something that I guard very carefully as this is sometimes the lifeline of my success.  Leverage is so valuable in real estate and I would never allow anything to jeopardize my credit.  This said, every time my respected friend brought up the idea of selling tradelines I would just shrug it off saying that those measly couple hundred dollar commissions were not even close to being worth risking my credit for something crazy like that.  I sell real estate, do flips, and run a real estate brokerage.  I’m not hurting for money and I don’t need to do that.  I would just laugh it off and joke with him while calling him crazy.

As the months passed we would be out at lunch talking business and his cell phone would ping with a new email and he would light up with excitement saying “sweet, I just made $150 for only doing 2 minutes of work.”  Then, at another night out the same thing would happen.  And again and again.  While we were driving.  At the gym.  On vacation.  Everywhere.  It almost started getting annoying.  I was thinking ok, I get it.  You are making some chump change doing something that I would never do.  Right around this time it was getting close to the end of the year and out of curiosity I finally asked him “so how much did you make doing this all year?”  This is when he told me that he made just under $50,000 from selling a whole bunch of tradelines.  I almost didn’t believe him until he showed me his spreadsheet of all his sales.  I was shocked.

Ok, Now You Have My Attention

After learning that there really was some earning potential here my curiosity grew and I started saying little comments here and there like “I have a credit card that I don’t really care about.”  He would always say “yeah, you should do it” but then the fear would kill that thought and I would just file it away as a back burner option without taking any action.

Right around this time several of my friends and I all decided to buy ATV’s to go riding in the desert.  We all got the same identical ones coincidentally and we were buying all the numerous accessories and gear to get set up.  We would both be shopping for new parts and gear and then his cell phone would ping and he would say “Awesome! This helmet is free.  I just sold another tradeline.”  After seeing him sell what seemed like his 100th sale right in front of my face and at the exact moment that I was just about to spend a painful $400 on some high end over priced accessories I finally got serious and wanted a way to offset the fact that I was spending dumb money on all these cool new toys.  It wasn’t until I felt the pain of spending wasteful money on new toys in the face of having an option right at my fingertips to cover that money spent that I finally became mentally committed to selling one credit card and asked “Ok, how do I get started?”

Once I became committed to wanting to make some extra cash like this I started looking into how safe this is.  I was ok with some risk but definitely did not want to do anything stupid.  In my due diligence I found out the people who buy the tradelines (they call them AU’s in this industry which stands for authorized users) do not know who I am, they don’t know my name, they don’t know my account numbers, my passwords, my mother’s maiden name, my social security number or even the last 4 digits, etc.  They are not given any info at all on me.  Also, as a credit partner (the person who sells the tradelines) I can also check a box on the bank’s website to where there is no card issued for the AU at all or if the bank doesn’t have that option the AU’s card only gets sent to the primary account holder’s address.  I can also often put spending limits on the AU’s card or even freeze it all together with a click of a button.  For extra security I even put phone passwords on all my accounts if it was an option and signed up for all the monitoring alerts that are available on the bank’s websites.  I finally told my friend to sign me up!

Being that my friend was already in this business for the last couple years he researched all the companies out there and even tried out several of them.  It is difficult to figure out who’s who in this industry but through trial and error and good old fashioned hard earned experience he eventually ended up moving all his cards to a company called Tradeline Supply Company, LLC [https://tradelinesupply.com]  so I decided to get signed up with them as well.

After a relatively quick and painless onboarding process I was excited to have 2 tradelines on one aged credit card for sale.  (Keep in mind that I never even used this card and it was doing nothing for me, nor did I even care about it.)  Apparently my tradelines were in high demand because I immediately sold both spots within the first 30 days.  After keeping the AU’s on for the agreed upon 2 months I was notified that I can go ahead and remove the AU’s and two days later I saw the commissions pop into my bank account via direct deposit.  After this process repeated for two more cycles I started thinking about what other credit cards I had available and started thinking more about the true potential here.  After a few easy transactions and commissions it didn’t take me long before I was looking for ways to try to increase this new income stream that I was enjoying.  I called all my banks and asked for credit line increases.  Two weeks later all the commission quotes I received doubled because now I had aged cards plus high limit cards.  I reorganized all my credit card usage so I did all my day to day spending on the cards that this company does not work with and all the cards that this company does sell I signed them all up and decided to treat them as strictly business.  In fact, some of the profits from these credit cards are actually outperforming the cashflow I earn on several of my rental properties, except this is not tying up any of my investment capital.  It is just purely cashflow with no investment.

Soon enough I also signed up all my wife’s cards and we both opened up new accounts and got some additional high limit cards that we could earn decent commissions on even though there was no age to them.  In very little time we ended up averaging around $2,000 per month in practically passive cash flow without having to invest a penny.  In my real estate world a respectable return on investment is around 8.0% net and most regular people who are not professionals would have a difficult time even finding those kinds of returns when you factor in vacancy periods, property upkeep, eviction problems, property management fees, etc.  So on a real estate investment earning 8.0% I would have to invest literally $300,000 in hard earned after tax dollars in order to really clear $2,000 per month net.  This is when I realized that my silly little tradeline side gig was equivalent to owning a $300,000 cash investment in terms of income cash flow.  I too was now excited.

Now I was the one telling my friends about my tradeline side gig and every time I would buy something for my fun hobbies I would be the one thinking “cool, this was practically free because my credit card just paid for it” along with a smile on my face.  I also no longer get annoyed when my friend sells another tradeline.  Now we both just laugh at how easy this money is.  It doesn’t surprise me that often the easiest money systems in our world are usually kept a secret.  There is not enough room in the industry for everyone to do it so the people who know often only tell their close friends about it.  I feel fortunate enough to be where I am that I am willing to share this info with anyone savvy enough to find this blog post.  It was a long journey for me to even get started doing this but I know how it is to relentlessly search for new ways to make easy money and I have definitely tapped into a very unique niche.  If this concept is completely new to you, welcome to the world of selling tradelines.

If you have experience selling tradelines or with Tradeline Supply Company (https://tradelinesupply.com) I would love to hear about your success stories as well.  Please leave your comments below.