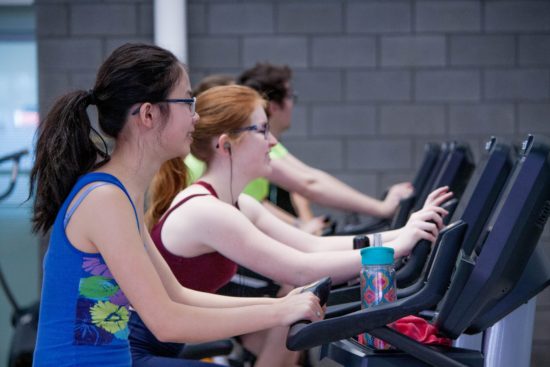 Exercise may lower risk of dementia, an aliment that has a $259 billion annual cost.

This comes from a study by Sweden’s University of Gothenburg of 1,500 women between the ages of 38 and 50 — they were given fitness and cognitive tests and then followed over the course of 44 years.

The women who were the most physically fit at the beginning of the study turned out to be almost 90% less likely to develop dementia later on in life.

Researchers found that very physically fit women had a lower risk of dementia overall. If fit women developed dementia at all, it wasn’t until 10 or more years after their peers who were less active.

To determine how active each woman was, each took a bicycle test at the age of 50; 40 of the women met the criteria to be considered a high fitness level. Around 92 of the women were measured at a medium fitness level and 59 were categorized in the low level.

Here’s what the results were over time:

The study’s lead author, Dr. Helena Hörder, said this is the clearest pieces of evidence linking exercise and brain health that researchers have been able to find thus far. She also said it one of the first steps in developing a possible prevention plan for some patients.

However, the study demonstrated an association, rather than a casual relationship, between exercise and potentially lower risk of dementia. Hörder and her colleagues are calling for more research.

Readers,  how does what you have read here jibe with your own experiences, if any, with exercise and brain health?