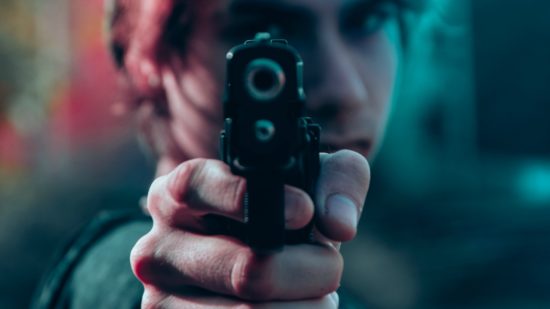 One of the most tragic ironies about the torrential rise in gun violence is how it drags down the economy — understanding the true cost a mass shooting includes accounting for the loss of life, injuries of innocent people and a host of surrounding factors.

Two thirds of the deadliest shootings in U.S. history have occurred within the past decade, and these incidents have measurable economic fallout in addition to the loss of lives and injuries among innocent people — not to mention psychological trauma for survivors, grief for friends and relatives, plus safety concerns for ever widening swaths of the general population.

What is the Cost of a Mass Shooting?

The cost of recent mass shootings in the United States relies on several baseline statistics.

A whole slew of indirect costs also surround these incidents and unfortunately can’t be included in the calculations but let’s note them here.

The legal costs related to these incidents can be pretty steep depending on whether and when the shooter is arrested; in cases where the perp commits suicide, the investigations can drag out longer and involve more resources.

If considering this type of expenditure makes you feel sad, well, join the club. And now get ready for the rather startling costs of some of the most recent mass shootings in America (all dollar figures are rounded to the nearest tenth of a million).

The most recent mass shooting occurred at a high school in Parkland, Fla. On February 14, 2018, a student who’d recently been expelled entered the high school with an AR-15 and opened fire.

Seventeen individuals were killed at Marjory Stoneman Douglas High School that day and another 14 were wounded. The shooter is being charged with 17 counts of premeditated murder.

On Nov. 5, 2017, a shooter walked into a small Baptist church in and gunned down 27 individuals. Another 20 were wounded. Devin Patrick Kelley, the person identified as the attacker, was found dead shortly after. As of this writing, the tragedy was the deadliest mass shooting in Texas.

Just one month before the shooting in Texas, Stephen Paddock opened fire at The Harvest Music Festival in Las Vegas. Paddock shot fire from the 32nd floor of the Mandalay Bay Resort and Casino into a crowd of more than 20,000 people.

As a result, 58 people were killed and more than 500 people were injured. Paddock is believed to have killed himself afterward. The Harvest Music Festival shooting remains the deadliest mass shooting in the U.S. outside of war.

The Economic Cost of a Mass Shooting

Each of the estimated costs above includes the statistical value of the life of those who died, but what about those who were injured? About 11% of Americans lack health insurance.

Uncompensated health care for uninsured people was $84.9 million in 2013, according to the Kaiser Family Foundation.

Although the enactment of Obamacare would have reduced that cost, that is offset by the fact that medical costs have above-average inflation rates, along with the high deductibles that health insurance plans have at the lowest tiers.

Based on that, unpaid medical costs from the mass shootings mentioned above are below.

Uncompensated health care costs essentially fall on the taxpayer: the federal government picks up the tab for about 62%, state and local government get 37%, and 1% comes from private funding.

The increased number of mass shootings the U.S. has seen in the past 10 years has many people searching for a way to prevent them. For many, gun control and stiffer regulations seem to be the no-brainer solution to this problem — however, the obstacle to implementing these laws comes from lobbyists for the firearms and ammunitions industry.

However, gun control efforts present another set of issues where the economy is concerned. The guns and ammo industry generated about $13.5 billion in total economic activity in 2015, according to IBIS World.

Although the firearm and ammunition industry does generate an immense amount of economic activity, it does not make up for the impact of mass shootings and gun violence. Pro-gun legislation actually indemnifies these companies from lawsuits that would otherwise seek damages for survivors.

A report released by Mother Jones found the annual cost of both fatal and non-fatal gun violence to cost the U.S. to be $229 billion (this figure includes opportunity costs in neighborhoods where shootings have taken place, ranging from declining real estate values to retailers’ unwillingness to open up shop in these areas).

Subtract from that figure the $13.5 billion in economic activity from firearms and ammo and you get a $215.5 billion annual deficit.

The Cost of Boycotts

More recently, gun control proposals have led to boycotts of businesses on both sides of the issue — gun-control supporters are boycotting businesses that continue to support the National Rifle Association, while pro-gun types are boycotting the companies that have stopped offering NRA members discounts.

Despite everyone’s best intentions, neither side of the boycotts benefits the economy, and they have reportedly cost millions of dollars for businesses on both sides of the gun debate.

Americans are urged to contact their state’s representatives to voice any opinions and concerns they may have. The fact that these shootings have weighed so much on the economy remains a sad irony considering how much money the gun lobby spends on donations to members of Congress who purport to be pro-economy. 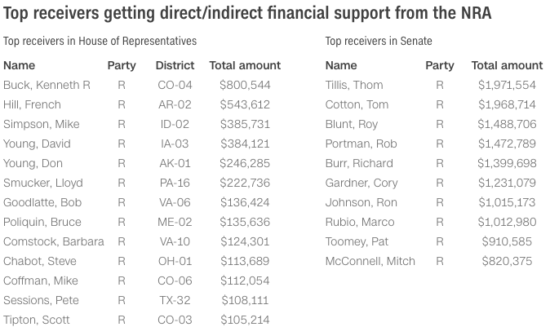 While the gun control debate rages on, additional costs in the aftermath of mass shootings include stock analysts lowering their valuations of firearms and ammo companies, as Finance Monthly points out. Those downward revisions only add to motivation for the NRA lobbyists to step up their efforts.

All told, mass shootings create losses for parties on all sides of the gun control debate, and in amounts that far exceed what that lawmakers receive from the gun lobby.

The full cost of mass shootings spans both tangible and indirect spending — yet all are entirely preventable. And, the longer the debate over gun control drags on, the higher the expenses pile up and negatively impact the economy.

Readers, what’s your stance on the Second Amendment as it applies to the true cost of mass shootings? What economic solution do you envision?