Hold bitcoin from the day it began trading until now, you might have made a profit of $77,000 on an initial investment of just a dime. That’s 770,000% in seven years!

Except that by the time you read this article, the value of that profit might have moved a few grand in either direction. Or more, when you account for the fact that the currency split in two barely six weeks ago; and the still relatively new spinoff, bitcoin cash, moves all on its own — not neccessarily in any specific relationship to bitcoin.

A lot can happen to bitcoin and bitcoin cash’s value even while you sleep. Since bitcoin is a currency, it trades around the clock on weekdays. Foreign exchange traders transact on electronic networks across time zones.

But even while you’re awake, the exchange rate for bitcoin and bitcoin cash can fluctuate in value about ten times as much as the U.S. dollar does, according to Investopedia.

Why Is Bitcoin So Volatile?

Actually, volatility characterizes all cryptocurrencies — and there are now hundreds of them in existence. There’s an ironic chicken-and-egg aspect to this volatility: it limits the currencies’ appeal to investors, but relative dearth of investors in the currency keeps it volatile.

That’s not the only thing keeping it volatile, of course. Another very basic driver of the volatility has to do with the  foundation of cryptocurrencies. Regulation of cryptocurrencies are a work in progress — so far, seven countries’ policymakers are on the case, and every new development in each of these countries impacts investors’ perceptions about the value of the currencies.

Another driver of the volatility: bad press coverage of the currency itself. Actually the pattern goes like this: the negative news happens, and investors trade down the value of bitcoin; the day afterward, speculators seize the oportunity to buy in at a discount.

The day this post was written was one of the latter days; the previous day, the bad news included stories about North Korea using bitcoin to evade enforcement of the U.N.’s trade sanctions, while also encouraging hacking of the bitcoins of South Koreans. Also that day, the CEO of JPMorganChase, Jamie Dimon, called the currency a fraud during a presentation at a Barclays conference. That sent bitcoin’s value plummeting, and it fell below $3,800 on  Wednesday, just 24 hours after his statement.

But Isn’t It a Good Time to Buy Low?

Of course, if you have an appetitie for aggressive growth investing, you might see an opportunity to buy bitcoin at a low right now. The currency’s value is down as much as 25% from its all-time high of $5,013.91 set earlier this month.

Or you might want to keep watching and waiting for bitcoin to reach the bottom.

Today the cryptocurrency traded down 13.6% to $3,362 per dollar at 1:52 p.m. Eastern Time. Here’s what’s been sending it down today: One of the largest bitcoin exchange companies in China, BTCChina Exchange, announced this morning that it would discontinue trade at the end of September. 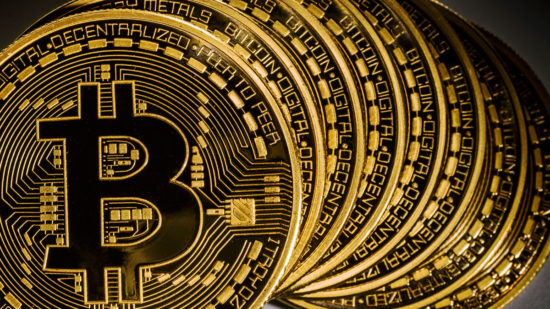 So, would the first day of October be a good time to buy bitcoin at a low? Perhaps — but how much appetite do you have for risk? Do you have any experience investing in options or other types of derivatives?

Indeed, the velocity that bitcoin moves at invokes comparisons with derivatives — like small-cap stock options.

One of the reasons why the value can plunge so quickly has to do with the relatively small size of cryptocurrency markets compared to other asset classes.

This is actually challenging for even professional investors to move around in. They find it difficult to take on a large position in markets of these size: Any move into or out of the currency is noticed by the rest of the market and they typically also move in the same direction. This has the result of amplifying the momentum of an upward or downward movement in the exchange rate, intensifying the volatility.

How About Buying a Small Stake and Holding?

All of this also makes cryptocurrencies challenging for novice investors to do anything other than perhaps try to make a long-term investment — or simply watch the market and learn from its development.

Otherwise, if you rush into bitcoin trading with the attitude of a day trader — intending to move around a lot — you might get hurt, or at least get vertigo.

Investing in bitcoin is not without risk. And what goes up quickly can also go down quickly. Investment professionals often compare the stock market to a casino, and the comparison also seems relevant to bitcoin. Just like there’s no way to predict where a spin of the roulette wheel will end, it’s impossible to time the market. Anyone who boasts that they can is either lying or destined to fall into the hands of regulators — although the regulators are still trying to reach an agreement on how they plan to handle cryptocurrencies.

Readers, are you curious to try your hand at investing in cryptocurrencies, or are you inclined to wait until they stabilize?