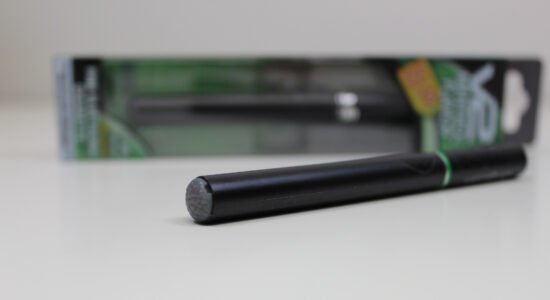 Electronic cigarettes, commonly referred to as e-cigs, have become more common over the past decade. You might have seen someone smoking one in public or even in an enclosed space, such as a restaurant or bar. These devices are battery powered and utilizes a heating element that vaporizes a liquid solution, some of which contain a mixture of nicotine and different flavorings. Many are designed to simulate smoking, and are said to have fewer toxic effects than traditional cigarettes. Traditional cigarettes come with a financial price, and some people have switched to e-cigs for various reasons, including the overall costs.

First, it’s important to make clear that switching from cigarettes to e-cigs isn’t the best move you can make for your wallet or health. The best thing to do is to quit smoking completely not using either device. For those where quitting completely isn’t an option, here are a few ways that e-cigs can save you money compared to traditional cigarettes:

Unlike traditional cigarettes, e-cigs are currently free from taxes. Traditional cigarettes are subject to both state and federal taxes, and depending on where you live, taxes can run anywhere from $0.50 to $4.00 per pack. As of right now, you don’t have to worry about paying taxes on the electronic version. Not having to pay taxes lowers their price so that they have a pricing advantage. This advantage could change as they become popular, but for the moment, it keeps the overall price down.

Depending on the brand of cigarettes you smoke, one pack can cost anywhere from $5 to $10, before taxes. The average cost of an e-cig cartridge is around $3 and while it may not seem like a big difference, it can help you save hundreds of dollars a year. For instance, if you smoke 5 cigarettes a day and pay $7.00 for one pack of traditional cigarettes, you yearly cigarette expensive would be $638 whereas your yearly cartridge expense would be $228. That’s a yearly savings of $360.

It’s also much cheaper to refill your cartridges than it would be to buy a new pack of cigarettes. To do so, you’ll need a vaporizer (go to this site to check advanced vaporizers), and then you can buy the flavorings in liquid form. You know how some people roll their own cigarettes? Well, with e-cigs you can just refill old cartridges or buy blanks specifically to be reused with refills of liquid nicotine.

Just as it’s cheaper to buy cartridges compared to a pack of cigarettes, it’s also less expensive to buy cartridges and liquid nicotine than it is to buy cigarettes in bulk. Many online retailers offer coupons and discounts for their products, in the hopes that you’ll buy in bulk.

While there is a pricey starter kit for e-cigs (which runs about $40 to $60 depending on the retailer), almost all of the companies offer a 30 day money back guarantee if you don’t like their product. This is a great option if you want to try using this technology, but are worried about spending the initial fee for the starter kit.

Many online retailers offer significant discounts not only on first-time purchases, but on repeat purchases. These discounts can range from 10% to 25% and are much better than any coupons you may find for traditional cigarettes (though, keep in mind that many places do not allow you to use coupons or discounts for cigarette purchases).

There is a claim that e-cigs are healthier than cigarettes. Cigarettes are known to cause a lot of health problems and switching may help you avoid some of the associated health costs down the road. The truth is that there haven’t been enough studies to determine if this claim is true or not at this point. From a layman’s viewpoint, it seems that getting rid off the tar and chemicals that come in cigarettes would be healthier. While nicotine is still an addiction and not entirely healthy, the nicotine would seem to be a healthier option than the ingredients put into traditional cigarettes. If this ends up being true, it could save thousands of dollar a year in health costs.

If you were ever the type of smoker who made sure to have perfume, cologne, or body spray to cover up the smell or mints or gum to freshen your breath, you won’t have to worry about spending money on those items if you make the switch. This may not seem like a big deal, but those costs add up over time.

Cigarettes unfortunately cause a lot of side effects such as yellowed teeth, brittle hair, less energy, and tobacco side effects. Most people don’t enjoy having these issues or have become so used to them that they’re no longer bothered by them. However, switching to e-cigs will help reduce these issues. For instance, your taste buds will come back in full force, you’ll have more energy, and your skin and hair will return to their normal, healthy state.

While switching would not eliminate all the costs of smoking, it would limit a number of the costs. Again, not doing either would be by far the best financial move, but given the choice between the two, it appears that e-cigs have the financial advantage.